There are many causes of preterm birth. Most occur spontaneously, however on occasions a mother or baby may necessitate an early induction of labour or caesarean birth. This can occur for medical or non-medical reasons.

Common reasons for preterm birth can be associated with different factors including medical and pregnancy; social, personal and economic; and behavioural.

Cervical incompetence: This occurs when a weak cervix cannot support the weight of the uterus and begins to dilate (widen) and efface (thin) before pregnancy has reached term. Occasionally women diagnosed with an incompetent cervix may undergo a procedure in early stages of pregnancy called a cerclage. This involves placing a stitch in the cervix to prevent it opening up too soon and removing the stitch when nearing term.

Multiple births: Occurs when more than one foetus is carried in a single pregnancy. Twins and other multiple births are often induced early if labour is not spontaneous. Around 50% of twin pregnancies will be born before 37 weeks and a very high percentage of higher order multiples will be born prematurely.

Placental Accreta: Placenta accreta is a general term to describe a serious complication of pregnancy when part of the placenta, or entire placenta invades and is inseparable from the uterine wall causing severe blood loss after delivery. After giving birth the placenta should separate completely from the uterus. If part or all of the placenta remains attached it is called placenta accreta. It’s also possible for the placenta to invade the muscles of the uterus (placenta increta) or grow through the uterine wall, sometimes extending to nearby organs (placenta percreta).

Placental abruption: A complication of pregnancy, where the placenta separates from the wall of the uterus. It is the most common cause of late pregnancy bleeding and if the separation is severe can contribute to foetal and maternal death. Direct trauma to the uterus is a known cause, and risk factors may be multiple pregnancies, smoking and high blood pressure including preeclampsia.

Placental insufficiency: This condition can prevent the baby from gaining essential nourishment. Symptoms may include below average weight gain, below average foetal development, or slow growth of the uterus. It can also lead to foetal distress decreasing their heart rate and in serious cases an inability to tolerate a vaginal birth, thus requiring a caesarean delivery. An ultrasound examination will determine if growth of the foetus is adequate and doctors may advise preterm delivery if necessary. Placental insufficiency can be caused by conditions such as diabetes, high blood pressure or preeclampsia, maternal blood clotting disorders, smoking or taking drugs such as cocaine.

Pre-eclampsia: A complication of pregnancy where hypertension, high blood pressure, occurs in conjunction with high levels of protein in the urine and oedema. The increases in blood pressure can prevent adequate oxygen reaching the foetus and possibly lead to health problems for the baby. It is most common after the 20th week of pregnancy. Risk is increased if the mother already has high blood pressure, diabetes or kidney disease. Preeclampsia is the most common of the dangerous pregnancy complications and can affect both mother and baby. A variation of preeclampsia is HELLP syndrome, a life threatening liver disorder, also related to hypertension in pregnancy. It is usually diagnosed as a direct result of being evaluated for preeclampsia. HELLP is an abbreviation of Haemolytic anaemia, Elevated Liver enzymes and Low Platelet count. Approximately 10% to 20% of women who have severe preeclampsia develop HELLP and the only way to reverse this syndrome is the birth of the baby to prevent the potential death of both mother and foetus.

Preterm premature rupture of membranes (PPROM): A condition which occurs in pregnancy when the amniotic sac spontaneously ruptures before the onset of labour. This can lead to spontaneous delivery of the baby within hours or can take weeks until birth. The mother is usually confined to hospital to monitor the pregnancy and prevent complications. There may be no known cause or it could be related to risk factors such as an infection, lower socioeconomic conditions where it is more common adequate antenatal care has not been received, vaginal bleeding from conditions such as placental abruption and smoking.

Previous premature birth: Women who have had a premature delivery previously have an increased chance of having another pre-term delivery.

Serious or an existing medical condition and other reasons: Conditions such as rhesus negative blood group, gestational diabetes, diabetes, kidney disease and high blood pressure can all affect a developing baby. In some cases, the decision to deliver a baby prematurely is because either they or the mother are medically unwell due to a health problem, congenital abnormality or surgical need.

Twin-to-twin Transfusion Syndrome (TTTS): A complication where two or more foetuses share a common placenta and associated with high morbidity and mortality.

Urine infection: Sometimes during the middle to later months of a pregnancy a serious uterine infection can trigger preterm labour. It is important that any possible urine infection be brought to the attention of your health care professional.

Uterine abnormalities: Women with an abnormally shaped uterus such as a bicornuate uterus could be at risk of pre-term labour. The baby may have less room to grow and when there isn’t enough room for the baby, the stretching of the uterus can cause labour to begin.

Mother’s age: younger than 18 years or over 35 years

Lower socio-economic situations: even after assessing other variables such as maternal age, race, behavioural issues and medical situations, low income and social disadvantages lead to higher rates of preterm birth. Studies continue to determine optimal means to address this issue.

Race: there is a greater risk of women of African descent to have premature births. This risk is seen to be as much as five times more than Caucasian women despite similar health care provision.

Substance use and abuse: This includes smoking, drinking alcohol or using illicit drugs. The use of some substances can lead to decreased oxygenation to the foetus and small for gestational age babies, birth defects and sadly foetal death if a baby is not delivered in time to prevent irreversible complications.

Late antenatal care: Situations that can potentially lead to preterm birth can be better treated if early antenatal care is sought.

Stress:Certain hormones and proteins in the blood that help control the contraction of the uterus and the production of infection fighting cells are increased in times of stress. These can lead to increased risk of infections, uterine irritability and thereby increasing the risk of preterm birth. 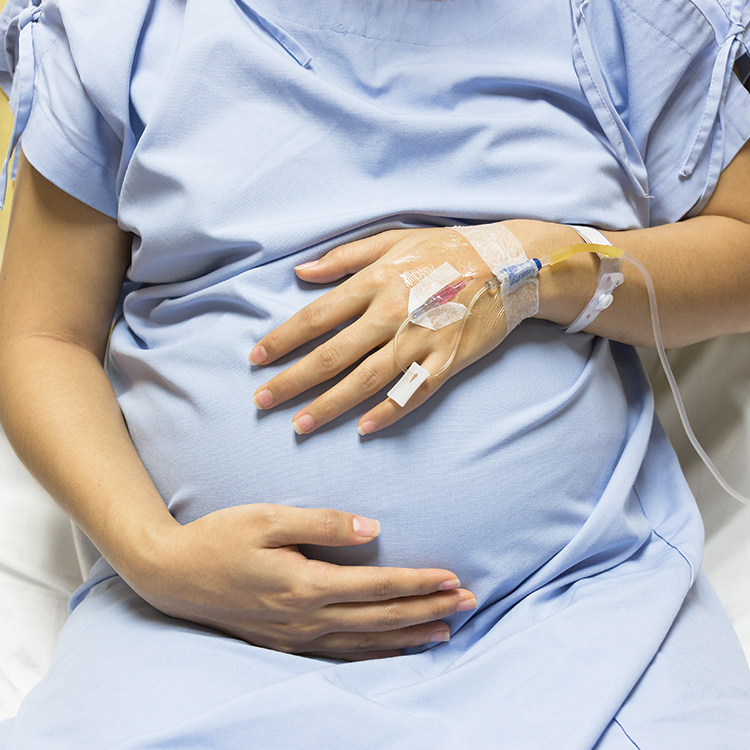