Looking back, we were pretty naive parents. I knew nothing of the world of prematurity, we hadn’t really even heard of NICU and certainly did not know babies born as early as Madeleine could survive. So, when I went into Labour at 23+1 weeks I was completely sure my twin girls would both not survive. But let me take you back a little bit.

My husband Pete and I were married in 2015 and we knew we wanted to start a family relatively soon, as neither of us were getting any younger. Even at 35 I was considered a Geriatric mother (another term I had not heard of before this all happened). So, like so many others, we were seeing a fertility expert to help us get pregnant and we were incredibly lucky to fall pregnant quickly in our journey, although not without some bumps, as many experience.

We got those delightful two lines that many of us cross our fingers for each month and we were absolutely thrilled. A few weeks later at the dating scan I was lying on the table, it was only when she was able to bring both sacs into view at once that I realised what we were looking at – Twins! My initial reaction (which I now beat myself up about) was devastation and tears fell from my face as she continued to take the required images. I looked over at my husband and he couldn’t wipe the smile from his face.

During one of my work meetings I started to feel really strange, I put it down to do “morning sickness” but as time went on the discomfort started to worsen (I still thought they were nothing of note, like Braxton hicks), then all of a sudden I had pains that were taking my breath away and I felt some fluid leaking. I got up and went to the bathroom, and at that moment I was confronted by the most terrifying reality I had ever experienced. I work in health care and knew enough to know something wasn’t right. I rang my husband to tell him I needed him to pick me up and be taken to the hospital.

The drive to hospital was just awful and my pains were now in a pattern and consistently spaced and increasing in intensity – I knew I was in labour and sure enough when I got to the hospital we were told “you are 3cm dilated, you are about to deliver your babies, I am so sorry but we don’t intervene on babies less than 24 weeks”. I’ll never forget that moment, it was like an outer body experience, like it was someone else’s life. In an instant we were crushed, the most intense fear and sadness I had ever experienced in life – to that point anyway.

We were taken to the birthing suites, and I was given nifedipine to try to stop/slow the progression of my labour. And this worked in that moment. We were able to have further scans and it became evident that our lower twin (my girls were breech) was in a very precarious position and this situation worsened over that day. Eventually we had a family meeting with both the paediatric and neonatology teams, it was in this meeting we were told that Twin A (our lower twin) would not survive as her position in my womb wasn’t conducive to life but if I made it to 24 weeks and Twin B was in a “good” condition, they could intervene and try to save her life. We, of course, agreed to try to save her.

When they left, I collapsed with grief and felt the darkest cloud I had felt in my life – until that point. Remarkably, 3 days later, at exactly 24+0, I went back into labour and quickly dilated to 9cm and there was nothing they could do to stop it this time. Thankfully, at this stage, I had both steroids and magnesium treatments, so we had given Twin B the best possible chance. At 6.36pm on the evening of 29th May I gave birth to Twin A (Charlotte) and 6 mins later her sister (Madeleine) arrived. As we knew nothing could be done for Charlotte, they wrapped her in a beautiful blanket, and she felt our love for 45mins before growing her wings. Our families were there, so they also got to “meet” her, which was really special for us.

A while after Charlotte died, the team came in to ask if we wanted to go to the NICU and meet Madeleine. When we walked in the nursing team congratulated us on becoming parents, and it wasn’t until that moment I realised that “yes,
we were now parents”. The rest of that night is a complete blur, and we went home to eat and rest as best we could, it had been the longest week of my life and I was completely exhausted. I remember crawling into bed that evening and crying like I had never cried before. The grief was so
profound that I thought I was going to end up back in
hospital as I was hysterical. Our hearts were broken,
we would never be the same again.

But we still had a tiny (609g) 24 weeker in the NICU that we needed to be there for. Walking in through those grey doors (which would feel like home very soon), was daunting to say the least. We washed our hands and were taken to see Madeleine.

In our 115 days we had many bumps in the road but 5 transfusions, a PDA, a VSD, multiple (failed) attempts to reduce her oxygen, a huge pneumatocele, pneumonia and countless drugs and serious desats requiring CPR, we took her home on low-flow oxygen. The pain of losing Charlotte was so overwhelming (I knew I was experiencing the most excruciating pain I would ever endure) but we needed to focus on Madeleine, so we had to push this aside at that moment.

It wasn’t until much later, after we undecorated our twin room, returned our twin pram that I really realised and processed she was gone, and that I would never see her perfect little face, tiny eyelashes or feel her beautiful hands ever again. The finality of death is extreme when it’s a baby or infant as you grieve every tomorrow you can never have.

I wasn’t prepared for home with a micro-prem. When our huge oxygen tanks arrived the reality of our situation hit me, this wasn’t the “bringing our baby home” experience we had envisaged. We wouldn’t allow any guests (which upset a few people – oh well), we were still using hand sanitiser all the time, I weighed her obsessively and fixated on the amount of milk she was taking. I was still pumping and producing enough milk for twins (another kick in the guts).

In hospital, we had to decide if were going to cremate or bury Charlotte – a conversation no parent should ever have to deal with and about 3 weeks after we were home the funeral home delivered her urn. I wasn’t ready for the pain of this, and I think it was at this point the true gravity of losing our daughter hit me and I went into a deep and dark depression. But, again, we had to focus on Maddie as we had countless appointments to attend and I was overwhelmed by the complexity and seriousness of Madeleine’s progress.

As time has gone on, explaining Charlotte’s death to Madeleine (and our other daughter, Edith) has been challenging and I wanted to write a book that helps explain loss and absence to children in a way that isn’t scary or overwhelming but rather constructive and soft. As a result, Charlotte’s Shoes came to fruition, and it’s really helped Madeleine (and us) internalise the loss of Charlotte in a more gentle way.

We will never get through the grief of losing Charlotte (it’s impossible to “get over” it) as wherever there is grief, there is love and we will always love her and therefore always grieve for her.

Explaining loss and absence to children can be distressing and challenging for parents/ carers and children.

Charlotte’s Shoes is a book that aims to help to make this situation that bit easier.

Madeleine & Charlotte are the very best of friends, inseparable and with an unbreakable bond. Until one day when Charlotte has to leave and move away, but she gifts Madeleine a very special gift that will always keep them connected and in each other’s hearts and minds.

Sometimes little things help make big things a bit better and best friends have a way of helping us find light in dark times.
Join Charlotte and Madeleine as they find their way through sad times together.

This is my first book written to explain the loss of my daughter (Charlotte) to her Twin sister (Madeleine). It’s my genuine hope that this book makes a very difficult situation just a little easier for everyone, but especially for children.

To purchase your copy of Charlotte’s Shoes, click here

This NurtureNews Article has been written by Author of Charlotte's Shoes: Alyssa Kent. 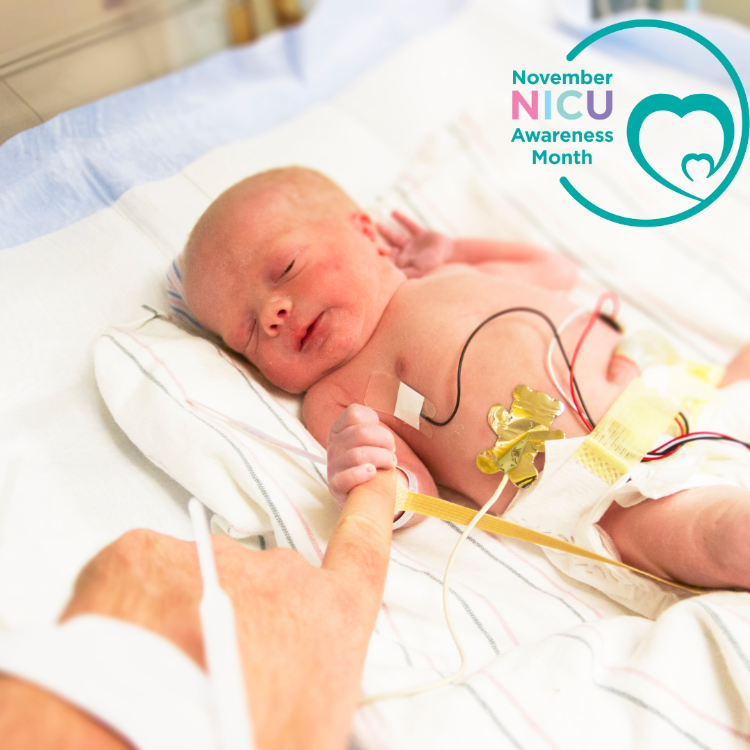 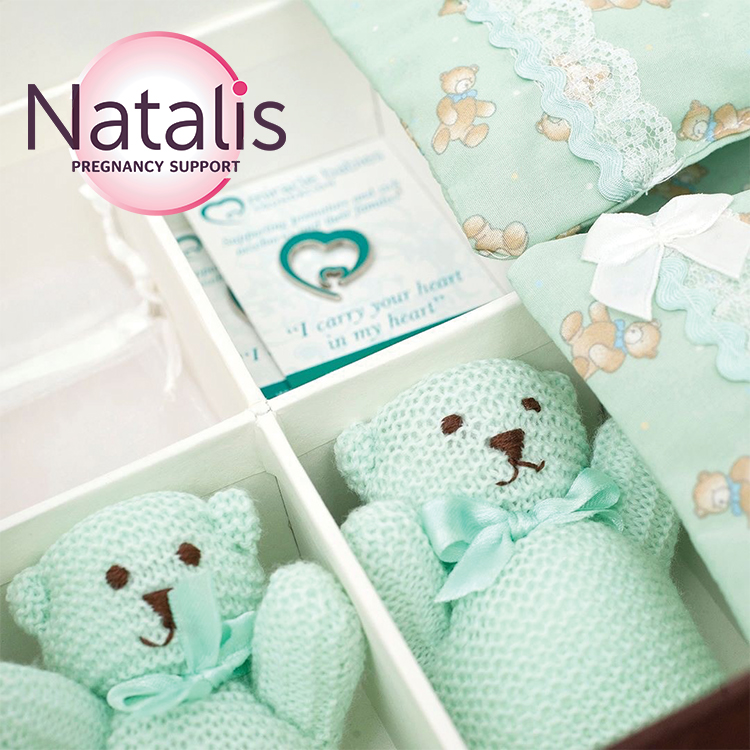