"So the story begins when I found out on Christmas morning that I was pregnant with our 4th baby! We were very excited although slightly nervous about what the next nine months would hold; because although the last three pregnancies went well they were hard work and required lots of trips to the physio.

Nothing could have prepared us for what we have been through! Within a week of celebrating the pregnancy I had bad morning sickness, tiredness and daily pregnancy migraines. The list of pregnancy ailments grew and changed over the weeks; so much so that I had to basically just stay at home everyday because that was all I could cope with.
When I was 21 weeks pregnant I had a severe asthma attack. It was so scary - at the time I was so focused on trying to breathe and wanting to know that the baby was OK. It took three days until I could breathe more easily without having to hold my hands above my head. I spent a week in hospital and my amazing husband (with the help of family) looked after our other three kids then 5, 4 and 1. 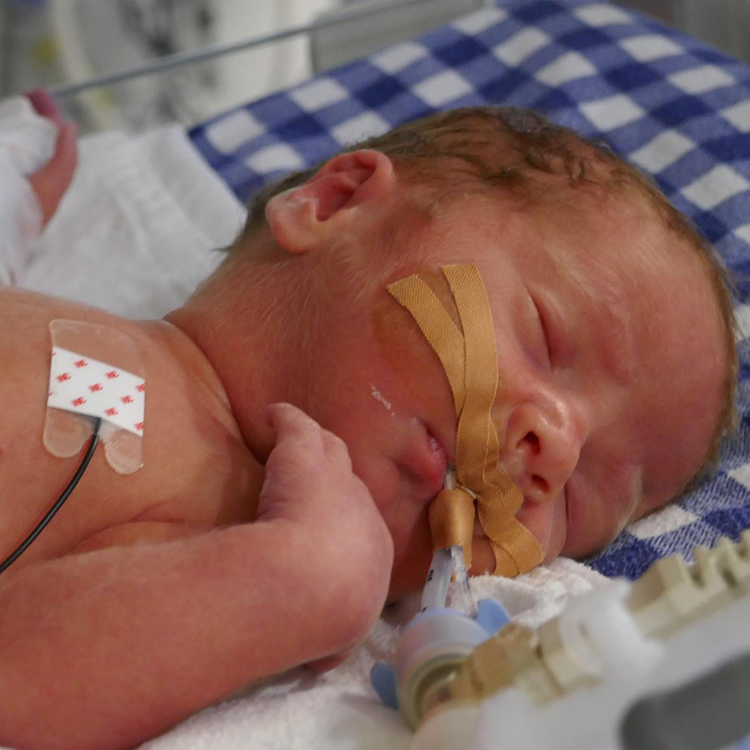 Three times during that week I thought I was going into prem-labour, which really scared me as my last two labors were 1hr10min and 45min from beginning to end. So I told the nurses if you need to try and stop something you need to do it now! Thankfully I didn't go into labour.
I was then home from hospital for three weeks during which time I had four asthma flares until I had my second serious asthma attack on the 21st of May, when I went into hospital again. It turned out not only did I have a baby squashing my lungs and asthma making it hard to breathe, I also had a 15cm gastric bubble pushing up on to my left lung making it hard to breathe.
The doctors decided it was worth having an endoscopy to try and remove the bubble and make it easier for me to breathe. Unfortunately it didn't work. So basically I just had to try and stay as stable as possible for as long as possible!

I was shipped between two different hospitals and then finally moved to a third where I stayed until I delivered. I went from getting breathless walking around my room to having trouble breathing just walking to the toilet and back.
Every week in hospital my husband and I would buy a piece of cake to celebrate another week's gestation.
It was hard not seeing my other three kids but they did love coming into see me. I had colouring books, snacks and it was good for them having a new routine with Mummy in hospital rather than having the stress of me coming and going all the time aswell as the scariness of ambulances.

However, things got worse - I was on oxygen, having to lie on a 30 degree angle to allow the most amount of air in. I was so thankful that throughout this whole time the baby was totally fine and growing nicely! In fact due to all the steroids for my asthma I effectively got gestational diabetes and so my baby was a great size.

At 30+5 weeks I was taken to ICU where I would spend the next 10 days. My peak flow readings had gone down to 100-150 l/min instead of being 400 l/min, putting me at a high risk of an extreme asthma attack. I was given celestone for the baby's lungs and that seemed to also give my lungs a little boost too, so I was able to hold on and have an emergency c-section at 31+5 weeks. I delivered a beautiful healthy baby born who we named Declan and had a little cuddle.

I thought our journey would start to get easier from there but I was wrong. Declan started having trouble breathing 20 hours after birth so he was transferred to NICU in another hospital 20 mins away. For the next seven days he and I were in different hospitals so all I had to enjoy were photos and videos of my little boy.
For me the recovery was very challenging as although the delivery helped my breathing improve I had been pretty much on bed rest for 50 days and so I had to build up the strength to walk again. The doctors found that from all the steroids I had muscle weakness in most of my body.

It was so hard to finally be on the maternity ward with no baby and have to use a walking frame to get around.
When Declan was eight days old he was moved back to the special care nursery in the same hospital as me - it was heaven! We had four days together before I was discharged after a total of 61 days in hospital during the pregnancy.

The next part of the journey involved two or three trips a day into the hospital nursery to feed and spend time with Declan. Declan grew and developed well, although we did have 10 days where he was very sick due to catching a couple of viruses that developed in bronchiolitis - he went on low-flow oxygen and had his feeding tube put back to make help him conserve energy while he kept breathing. He also had a few episodes of SVT (having a super fast heart-rate) for which he is still on medicine and we check his heart-rate a couple of times a day.

Finally after 56 days in hospital Declan came home. It was such an exciting day. I took a while to recover strength in my body and had a few asthma flares, but it is good now to finally be on the road to full recovery and we are enjoying cuddles with our little man!" 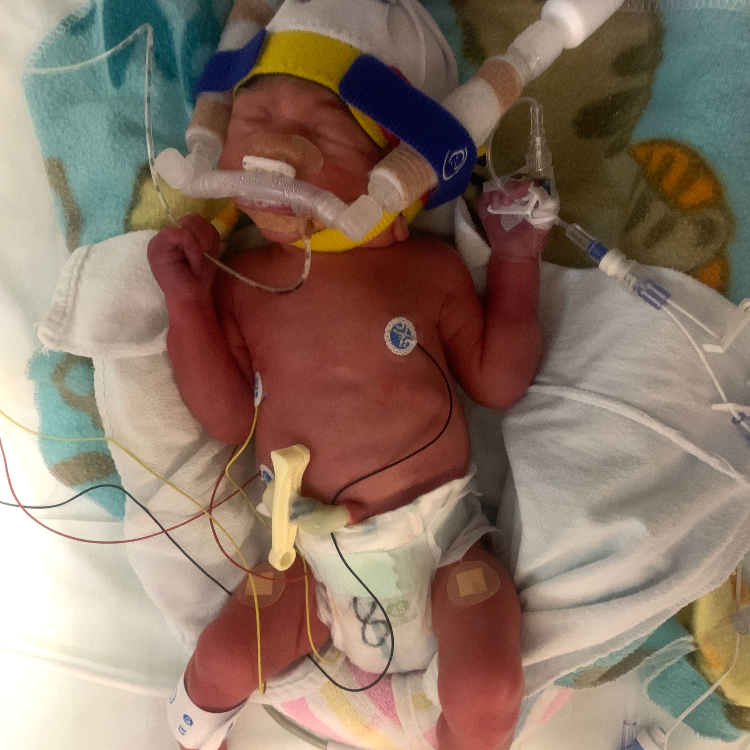 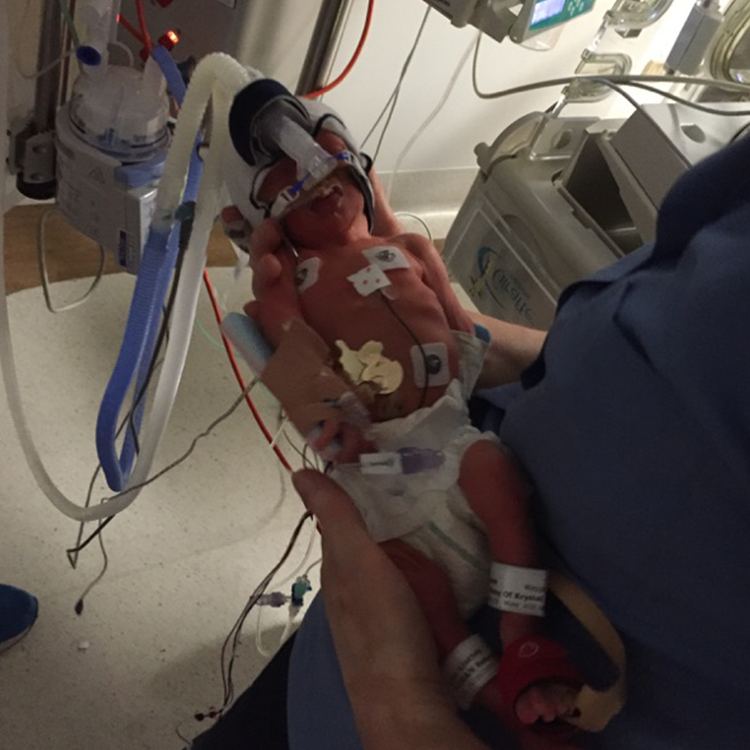