"After trying to make her first escape attempt at 24 weeks we were flown to Sydney via air ambulance. I was put on hospital bed rest for just over four weeks.

Eloise decided she had enough on the 20th of June at 28 + 4 weeks. She arrived via emergency csection at 02:01am, weighing 1347grams and 38cm long. Eloise was initially on CPAP and ended up going to BiPAP on day three of life, she remained on BiBAP until day 8 of life when she was able to go back to CPAP. From there she bounced between CPAP and hi-flow, after eight weeks she came off oxygen all together.

In between all of this she pulled out more feeding tubes then we can remember (record of seven in one day), got herself the title of feisty from the nurses, especially for how effortlessly she was able to rip her oxygen masks off, even when swaddled. She knew how to put on a show with her saturation’s for the doctors during their rounds and was always on her best behaviour when it mattered most.

After 72 days and a transfer back to our local hospital, Eloise was discharged home, no oxygen, no need for a monitor and weighing 3.25kgs! 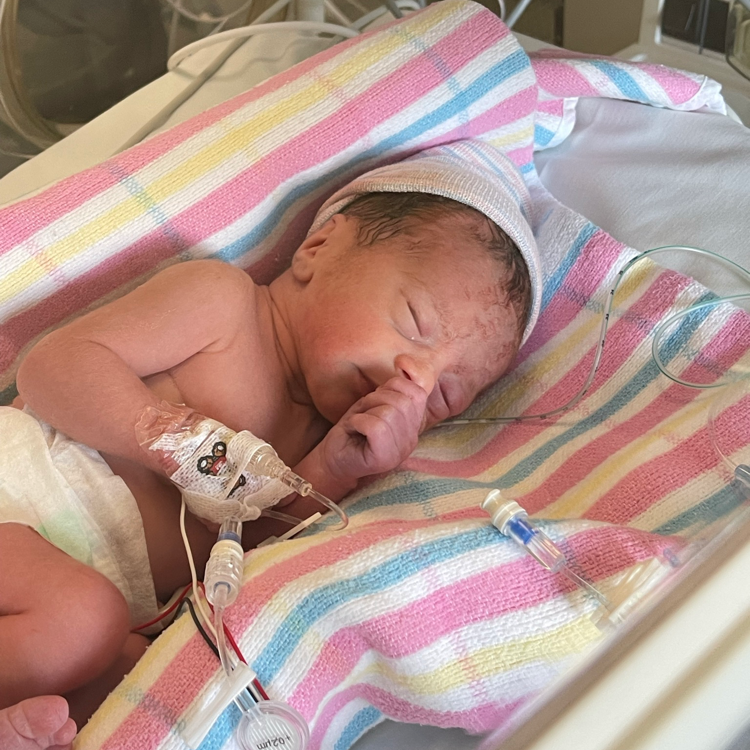 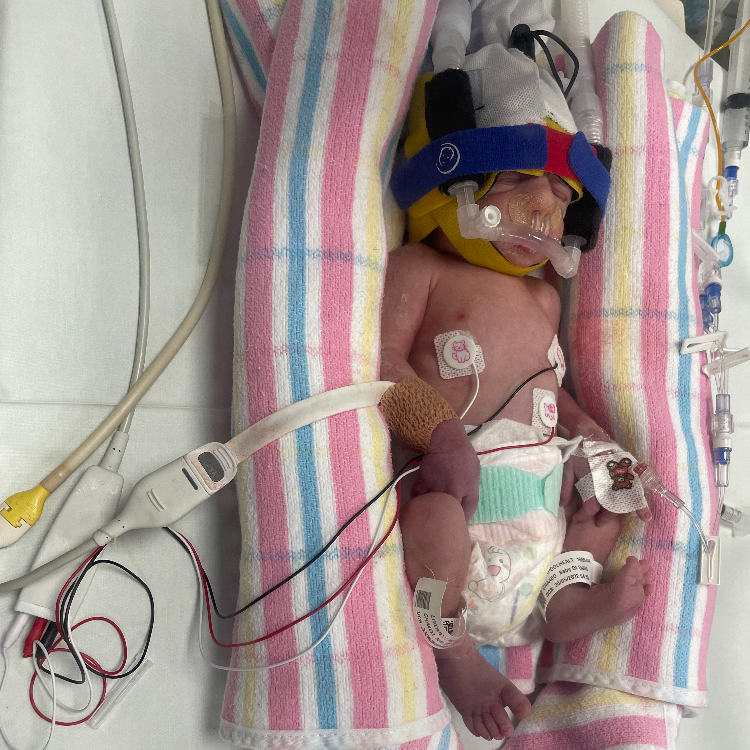 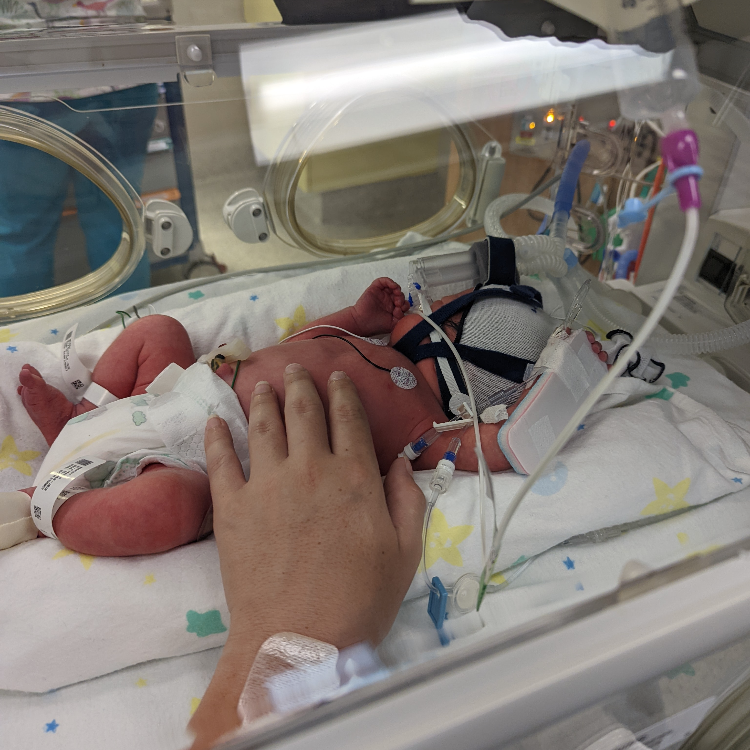