Miracle Mum, Nadine is glad she trusted her instincts when she noticed reduced baby movements. She shares the story of welcoming baby Frankie into the world after a OB finally listened to her.

"My pregnancy with Frankie was a far cry from my first pregnancy 5 years ago. I remember seeing the midwife for my first appointment this time around and she asked me to describe my last pregnancy I responded "It was good no real issues just a breach baby with IUGR picked up very late in the pregnancy but no major issues". She began to tell me that wasn't what they would call a great pregnancy - she had no idea what was in store for me this time round!

From 6 weeks I experienced Hyperemesis Gravidarum, I was basically unable to leave the house; vomiting 24/7 around the clock and hospitalised for dehydration. This lasted until around week 22 of my pregnancy. From then I felt like a weight had been lifted off my shoulders and things would be smooth sailing. How wrong I was, at 28 weeks I was sent for a growth scan to check on the size of this baby due to having a previous IUGR baby. The ultrasound found the baby was measuring in the 20th percentile however doppler flows were quite elevated. This was basically a sign that the placenta was deteriorating and we had to keep a closer eye on the baby to ensure there was no change to the flows and that baby wasn't lacking any nutrients.

We were referred by our High Risk OB at Gosford to see a a Maternal Fetal Specialist at Royal North Shore. We began twice weekly ultrasounds to monitor this, we discussed the possibility of an early delivery if things went south and told to be extra vigilant of babies movements. By 32 weeks things looked to have been settling and if baby continued to keep up growth wise we were okay to resume our care at Gosford Hospital.

On our way to our 33 week checkup at Gosford Hospital we were involved in a car accident where someone ran into the back of our car. I was taken to the birth suite and hooked up to the monitors where it was showing I was having mild but regular contractions. I was given steroids in case baby had to be delivered. Ultrasounds were done which indicated a small placenta bleed but nothing too alarming after 5 days of contracting but with no progression to labour we were told it was most likely an irritable uterus and I was discharged.

Whilst in hospital I noticed babies movements had significantly decreased, daily CTG's were done and I was brought in for continued monitoring after being discharged, each day the babies movements were minimal however they would always "just pass" the variability test - even if it did take 4 hours some days and we were told to come back the following day to continue the monitoring cycle. I felt very uneasy with this and mentioned it to numerous doctors at the hospital however they all seemed to think everything was ok.

At my 34 week appointment I voiced my concerns to my obstetrician, finally someone took me seriously she sat with a bedside ultrasound watching baby and also noticed that baby wasn't very active but at 34 weeks gestation that alone was not enough to warrant delivery. She increased my CTG's and sent me for another growth ultrasound 3 days later. Following this growth ultrasound it was noted that the baby had dropped from the 20th percentile to 3rd percentile & minimal movements were observed this was reported to my Obstetrician who along with reviewing my CTG's over the weekend had decided that I needed to be admitted to hospital until birth - which she predicted to be 35 weeks. The following morning she came to visit me and along with the Head of Obstetrics they had decided to deliver the baby by C-Section the following morning at 34 + 6. It was unknown how babies health was going to be so going into this C-Section was extremely daunting.

I was advised in theatre that part of the placenta had detached from the uterus wall (placental abruption) & 15% of the placenta had died. Later at our birth debrief the obstetrician confirmed that ultrasound can not always be effective at picking these things up and that if I hadn't trusted my instinct and pushed the fact that the baby's movements had significantly decreased she would not have survived inside much longer. I will forever be thankful that I pushed the issue and that our beautiful obstetrician listened.

Born at 2070 grams Frankie spent 11 days where I didn't leave her side once in the Special Care Nursery. She was deemed a "Grower and Feeder" which meant she was literally admitted to grow and learn how to feed. She required no assistance with breathing and didn't require a feeding tube, she breastfeed from day 1 with no issues. She exceeded the expectations of all hospital staff and she thrived.

4 weeks on she is an absolute treasure, gaining weight well and thriving beyond expectations. We count our blessings everyday for our sweet baby girl & hope that our story gives hope to others facing an early birth that sometimes these babies are just ready to be here earth side."

Thank you Nadine for sharing your story. 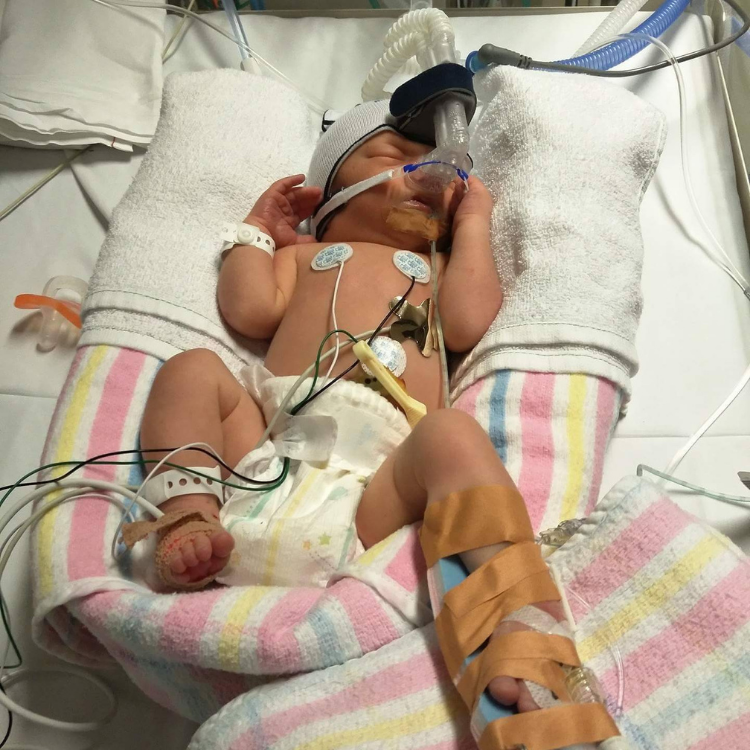 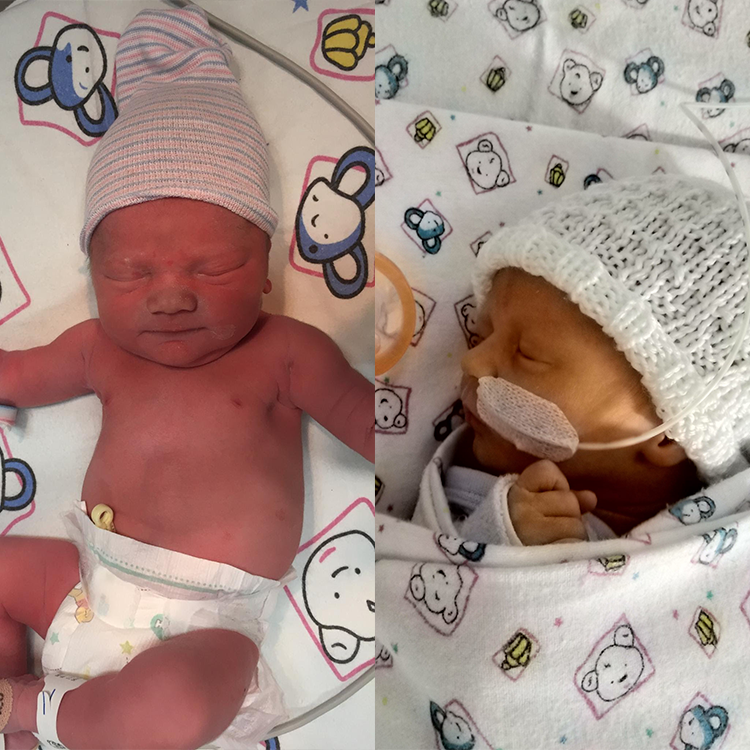 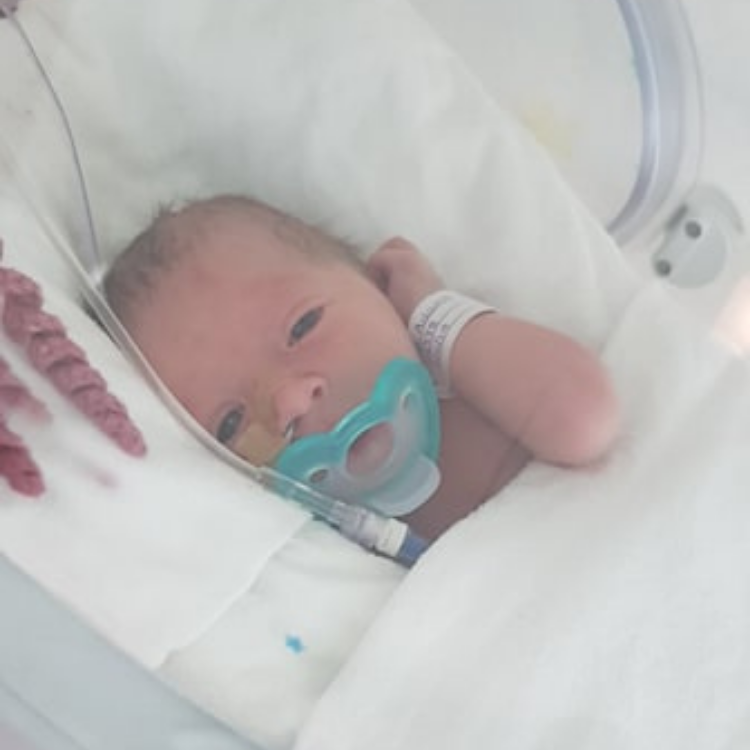