“One Tuesday morning I woke up and noticed I had mild back pain on my right side, at the time I put it down to Bub laying in a weird position or maybe I slept funny. I had a scheduled doctors appointment that afternoon. It was finally time for my appointment, My back had gotten worse i was in so much discomfort and pain, my doctor said she suspected a kidney infection as well as irregular tightening’s which wasn’t painful.

At the hospital it was confirmed my right kidney was enlarged (kidney infection) my tightening’s started to get painful and regular throughout the night. On Wednesday morning it looked like the infection had brought on preterm labour at 31+1 weeks, So the nurses started administering steroid injections for bubs lungs. Later i started insulin injections as the steroids had raised my blood sugar. I was later transferred to the women’s hospital, as my local hospital couldn't deliver babies before 32 weeks gestation.

After 24 hours of monitoring on the maternity ward, I was transferred to birthing with close regular contractions. I was also experiencing pain over my previous cesarean scar when contracting. I underwent an ultrasound to check my cesarean scar, which came back good. Unfortunately checking my cervix isn’t easy as I suffer from vulvodynia. We were prepared to go ahead and have a Caesarean. So my husband and i got ready in the theatre gowns and waited for the orderly to arrive to wheel us off to theatre. Little did we know that it was time for Doctors change over. The new doctor came in and said he didn’t want us to deliver, instead we were going to continue pain management with buscopan. I was exhausted I had gone through 4 days of this and most of my faith in the health professionals had faded. My husband asked for us to be transferred back to our local hospital if they were only going to offer pain management. We were advised it would take a few hours for ambulance transport, I ended up getting the nurse to wheel me out to my husband’s car and off we went back to our local hospital.

Back at our local hospital i was greeted with such a supportive group of doctor’s and felt like i was finally getting listened to. My contractions became more painful and regular. With the help of a PCA, Gas and numbing cream it was determined that my cervix was closed firm at midnight but by 6am I was dilated 2cm, it was then determined we would have Bub that morning at 31+6 weeks. During the mix of it all we had a family friend taking care of our 2 older boys and we had to arrange for family to fly over last minute to come help us during this time.

We got wheeled down to theatre, the anaesthetist was inches away from inserting the spinal block before getting stopped and told to hold off as the head paediatrician was dealing with another emergency.
So we got wheeled back to birthing, I showered to help with pain then waited a few hours before getting wheeled back to theatre. We had like over 12 health professionals in this delivery room. After a few minutes our boy Tate was born, he cried as soon as he came out. I remember just crying and saying “he cried” with the biggest smile on my face, it was such a relief for me.

Little did we know I had complications. I had experienced a cesarean scar dehiscence, once they opened me up they found my muscles had already separated and my uterus was pretty much sitting there holding together by membranes as well as also being thin and see through. Being in early labour from Tuesday till Sunday wouldn’t have helped my scar at all. We were later advised if we had waited a few more hours I would have experienced a uterine rupture and that bub and i wouldn’t have made it. We were very blessed that day as no one suspected a dehiscence.

Tate was on CPAP for 3 days fighting to show he had the strength to breath on his own, he was also treated for jaundice, sepsis, hypoglycaemia and anaemia. He strived to hit his milestone’s quickly, the SCN staff actually thought we had gotten our dates wrong and that he was older then he was (we didn’t). At 10 days old Tate was starting suck feeds and on day 11 we said good bye to the incubator and hello to a cot. We spent 3.5 weeks in SCN which felt like forever and never ending. Getting discharged from the hospital without Tate felt wrong and heartbreaking over the next few weeks i spent 5-8 hours every day in SCN with him, I cried every time i left without him.

Tate got discharged at 35 weeks gestation as he was doing so well and taking all his bottles, we were so excited for our 2 older boys to meet their brother. It was also a weird feeling to leave SCN as we were kinda sad to leave the nurses that had become part of our family.

5 days later I took Tate into ED on a Sunday night. Tate became severely pale, wasn’t arousing for his feeds and started to vomit after every bottle. We were given a bed in paediatrics but over night the vomits turned into projectile and required a clothing change every hour. By coincidence Tate was booked in for his 28 day cranial scan at the hospital (Monday morning). The doctor ordered an abdominal ultrasound to rule out certain problems as he was already going down to radiology.

Within 5 minutes of getting back to the room the doctor came in and said it was Pyloric Stenosis. I called my husband immediately, I think he was in disbelief as well, I only had a few hours to process it all before NETS arrived to transfer him to the children's hospital as Tate required Laparoscopy Surgery. That day my heart dropped but also racing i didn't have time to take it in. I went straight into survival mode, constantly think he is to little for surgery he isn’t even full term yet. My body started to shake as nurse’s were taking my blood in case he needed a transfusion while in surgery.

One of our original SCN nurses over heard Tate was back in hospital and came to paediatrics to visit us, she greeted me with her arms wide open and within seconds my emotions ran wild and I couldn’t stop crying.
Once down at the Children’s hospital i met up with my husband and we were escorted straight to NICU where we were advised that we weren't allowed to stay the night with him and had to come back in the morning by 8am for his surgery. In the morning we were offered a room on the NICU ward for both of us to stay over night as the first 24 hours after surgery were critical. Surgery went well and only took 2 hours. we spent the next 24 hours in NICU by his side before being transferred back to our local hospital.

We were greeted my the with open arms from the SCN nurses that cared for him from day 1, The next 3 days Tate rested and recovered.

We finally got discharged, Looking back now i still feel numb. Tate is still getting treated for a few things which means endless doctors appointments and checkups, But he is home and we are settling into a family of 5. Excited for our next chapter." 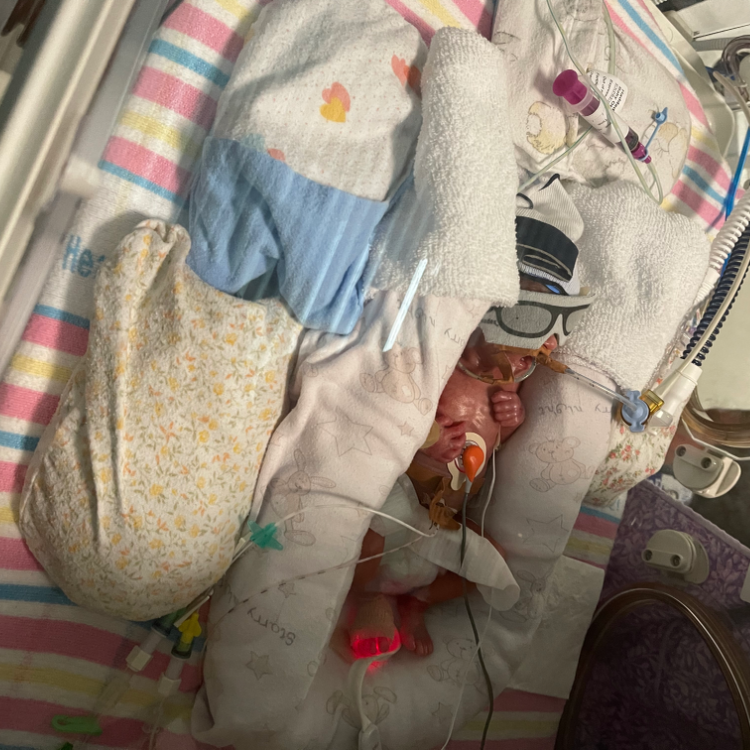 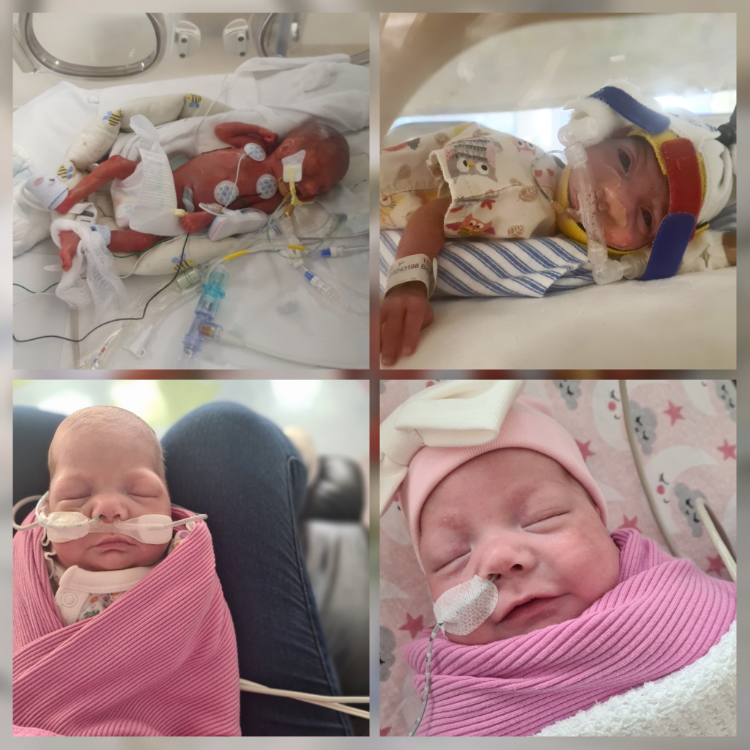