The complex and emotional final step in many IVF journeys 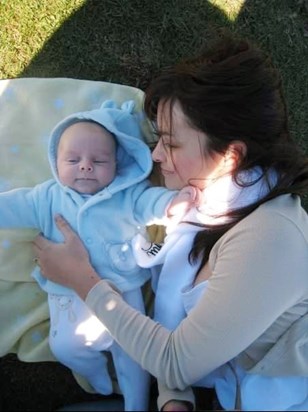 For decades the IVF journey has helped many families become pregnant in the face of infertility issues. However, an often less thought about aspect is what to do with unused embryos at the end of the process?

Miracle Babies Ambassador, Nicole Madigan is a journalist and writer, frequently contributing to publications such as The Age, The Courier Mail and Sunday Life. But above all this she is a mother who travelled the IVF journey to have two of her precious babies. Nicole wants to shine light on a not often spoken about aspect of the IVF process. This being, the difficult decision of what to do with unused frozen embryos at the end of the IVF journey?

There are only several options for unused embryos. You can store them from up to 15 years depending on where you live in Australia, and eventually use them yourself. You can donate them, either to another family or for medical research purposes. Or finally, you can thaw and dispose of them. This final option is the cause of much emotional turmoil for many parents who grapple with making that final and often emotional decision.

This is the difficult path Nicole Madigan is attempting to navigate. She shares her personal and harrowing journey to help let other mothers and fathers know they aren't alone in this complex decision.

"Ever since I was a little girl, I knew exactly what I wanted to be when I grew up. Actually, there were many things I wanted to be, often conflicting and regularly changing. But one particular ambition always stood out. More than my aspirations of love and romance, education and career, there remained one constant: I wanted to be a mother. Or rather, I was going to be one.

Having children was something I simply expected, but it wasn’t the simple process I’d envisaged. Each month, anticipation turned to anxiety and eventually, despair, as the realisation that fertility issues may be to blame, set in. IVF was the only option offered. And so, the journey began.

IVF is an extraordinarily difficult experience, one that places both physical and mental demands upon you, while at the same time you’re hanging on to hope. You become bloated, tired, sore and emotional. There are ups and then there are downs. When I braved the odd night out for dinner, I kept an injection kit tucked away in a cooler bag so I could dash out to the car for a quick jab.

Following a painful egg extraction procedure, ten eggs were fertilised, resulting in four healthy blastocysts, or five-day-old embryos. I was just 27, which meant the likelihood of pregnancy was high, so only one was transferred. Nine months later, my son Beau was born.

It wasn’t until Beau was a few months old that I began to think about the remaining three embryos I’d fertilised. They’d been placed in a cryopreservation freezer, where they would remain until we were ready to conceive again, and I’d begun referring to them as my “ice babies”.

It made me acutely aware that Beau was meant to be – he’d been born because the embryologist selected his particular embryo. A different choice, a different baby. It was that thought that triggered a creeping onset of guilt. Those embryos in the freezer were potentially my future children, and I suddenly longed to meet them.

Then, ten months after Beau’s birth, I unexpectedly – and against all odds – fell pregnant naturally. As I saw the double blue lines appear, my heart surged with joy right before it sank in despair. My embryos had missed a chance. However, my second son, Bailey, was born, and of course, I adored him.

Another year or two passed before those embryos returned to the forefront of my thoughts. I’d receive my storage charges in the mail – or babysitting fees, as I called them at that time, and I’d be acutely aware of their existence. I began to view them as potential little people, waiting for a chance at life. More than anything, I wanted to give it to them.

Nature, of course, guarantees nothing. If they were transferred, perhaps the three embryos would become three human beings. Maybe they’d yield just one. Reality says they may never have produced another child at all.

When Bailey was three, I felt I simply had to know where their destiny lay. The decision was made to thaw one of the three frozen embryos. Deep down I hoped nature would help me end this struggle via this next step - perhaps no embryos would survive the thawing process. Problem solved! Better yet, maybe just one would. Three children sounded like a nice number, and the issue of ‘what to do’ would be taken out of my hands.

As luck (or lack thereof) would have it, the first embryo taken from the freezer, survived the process, and resulted in the birth of my daughter, Lee Rose. Within minutes of her birth, I said to myself, ‘if I can’t have those babies myself, I will donate them to another couple.’

Of course, this choice is fraught. Donating your remaining embryos to another couple hoping to become parents is a loving, selfless decision – but it can’t be taken lightly. The emotional consequences can be overwhelming, and the thought of having another biological child out in the world, at times, sent me into frightening panic attacks.

Eventually, I decided that the only way I could move forward, was to let mother nature decide if a fourth child was in the cards for me. But life took another turn. My marriage broke down, meaning the choice to transfer was taken off the table.

I grappled with my remaining options – donate or destroy. But I grappled too long.

In Queensland, the option to donate embryos is restricted to within 10 years of fertilisation – a period of time I have now surpassed, leaving me just one option.

I didn’t think too much about the prospect of remaining embryos when I was trying to conceive my first child; most couples don’t. Sure, things are explained, but when so much of your life is focused on falling pregnant and coping with the slap of infertility, it all feels like one big what-if that can be dealt with later.

Whatever a couple does with their remaining embryos will undoubtedly be shaded by personal convictions. It’s a judgment call that ultimately addresses those core values that shape their everyday reality. There is no right or wrong way to feel about embryos.

I’m not really sure what caused me to connect so strongly to my embryos. It wasn’t religious belief, nor was it scientific reality.

It is critical for any couple or individual who is about to undergo IVF to ask yourself how you might see remaining embryos. Do you already consider the embryo to be a baby? Do you look at it as a potential future life? Or do you see it as a simple cluster of cells?”

I’ve given these questions more than enough attention – so much, in fact, that having thought them through, I’m frustrated to find that I seem to be asking more.

I’m now in a loving relationship with a wonderful man, and together, we share five beautiful children.

I only have one option when it comes to my two remaining embryos.

I just need to bite the bullet, and make it happen." 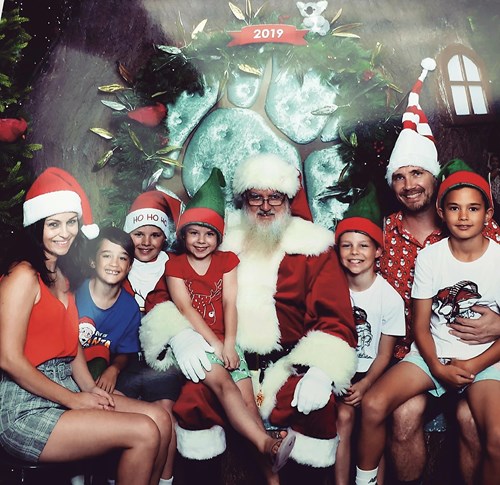