Miracle Mum, Anna is inspired daily by her daughter's strength. She knows first-hand how these tiny humans are the strongest little people on the planet.

"During my whole pregnancy all my tests were perfect. At 28 weeks I had my check up at the Mater Hospital, however the following morning at 3am I felt so dizzy and nauseous, and my feet and hands were extremely swollen (you could poke them and it would leave a dent in my skin). I had a very bad feeling that something wasn’t right. I called the 13-Health number and explained my concerns and was advised to go to hospital within the hour.

As we were driving to the hospital after five minutes of driving I asked my husband to turn the car around and go back home and phone an ambulance as all my symptoms worsened dramatically, very quickly. Once I got to hospital I had tests done and had my blood pressure taken which resulted in a MET (Medical Emergency Team) call and about 20 doctors and nurses rushed to my bed. My blood and urine tests were indicating very severe pre-eclampsia, my liver was failing but bub was doing good on the ultrasound. I was told that I wouldn’t be leaving the hospital until I gave birth, so I prepped for a c-section, signed all the papers and had my steroid shots.

Every morning I had scans to check on our baby, plus four-hourly monitoring for the baby. On day three of admission I had another episode of high blood pressure but this time it was worse than the first time. This time I felt confused and felt like I didn’t know what was going on (it felt like I was out of it), so off we went to have a scan of baby. Bub was showing bad signs so we prepped for our c-section. I had to endure four hours of magnesium (which was horrible) then off I went into the theatre to have our baby.

With my husband by my side, we welcomed our baby girl Valentina at 7:04pm on 17 February, weighing only a tiny 850 grams and 35.5cm in length (stretched out). I wasn’t able to see our daughter during the c-section, I didn’t hear her cry but my husband got to be with her and cut her cord. They performed CPR for two minutes at only eight minutes old, and whisked her away to the NCCU. I wasn’t able to see her until the next morning; all I got to see were photos. She was diagnosed with Severe IUGR, Chronic Neonatal Lung Disease (CNLD) and Pulmonary Valve Stenosis.

When I saw her for the first time I was blown away with how extremely tiny she was. She was intubated for 19 hours, had CPAP for eight weeks (at six weeks old she needed the NPPV machine for six days as she was starting to get tired) then after she was not improving on CPAP the nurses and doctors took a risk and put her on high flow. She was instantly improving!

We found out that she had a heart condition called Pulmonary Valve Stenosis which affects the flow of blood to the lungs from the heart. After one week on high flow we then got to go on low flow oxygen and she did amazingly!

We spent 11 weeks in the NCCU in total (ten weeks in isolation) and we were able to bring her home four days before her due date. She is currently on home oxygen. She’s now 1 year old actual and 9 months corrected. These tiny humans are the strongest little people on this planet! Our daughter inspires us with her strength every day. She is a warrior! The nurses and doctors were so amazing with everything they have done to protect and keep our baby girl safe and well!" 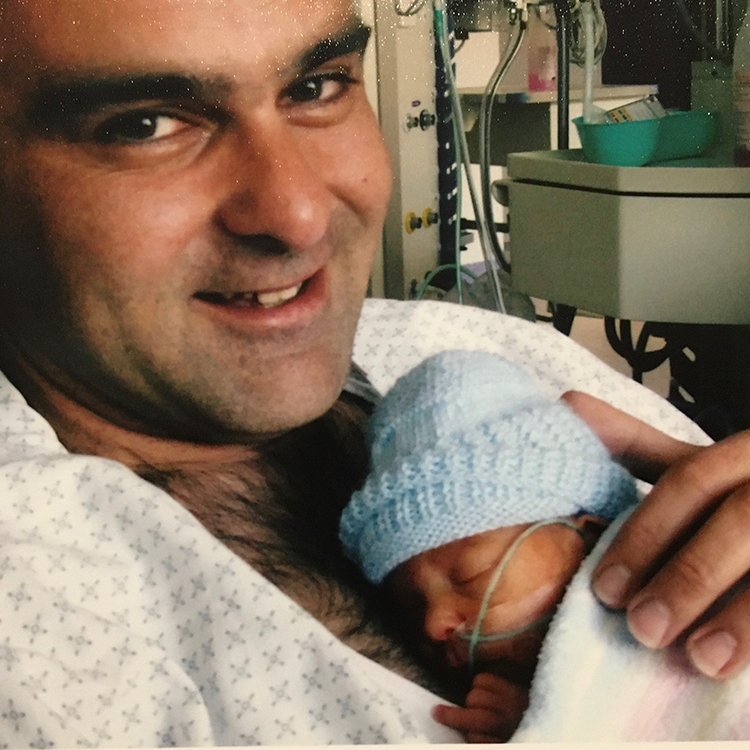