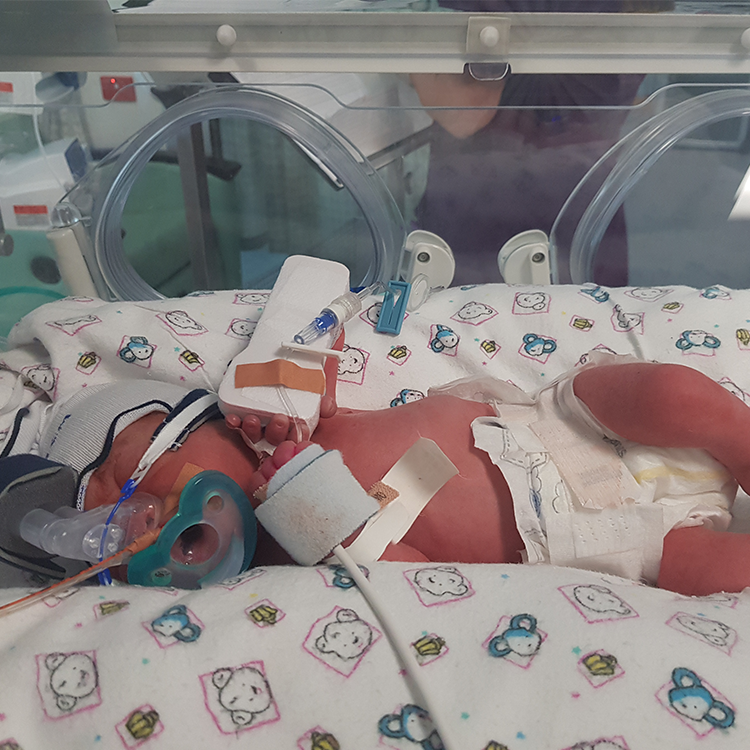 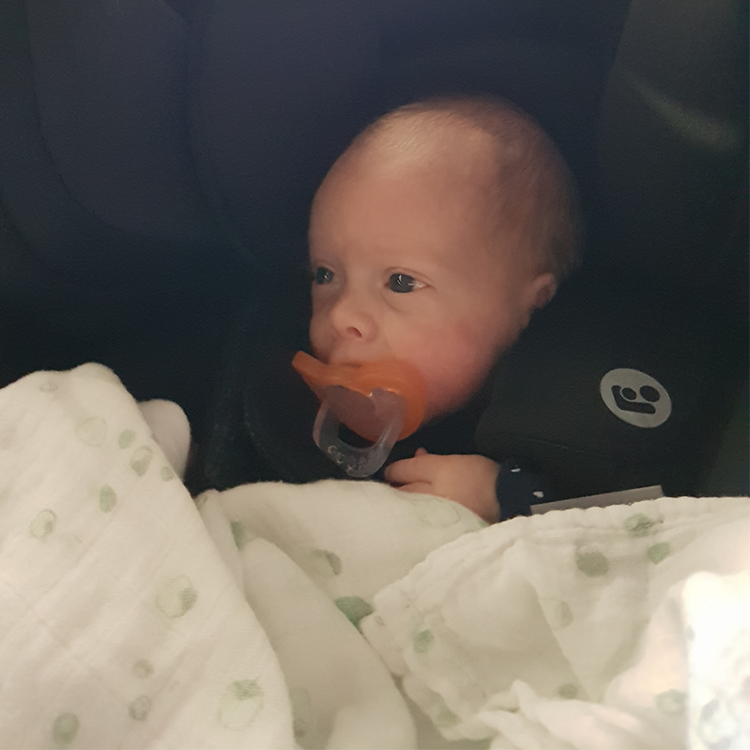 Miracle Mum, Hayley had a regular pregnancy up until she experienced some bleeding at 27 weeks. She shares the story of welcoming baby William into the world.

"I had a relatively normal pregnancy until I reached around 27 weeks. I was at work having a typically busy day and felt a lot of abdominal pains. Thinking this was normal I tried to rest and hoped it would go away. That night I had a small bleed.
I went to the hospital and was examined, the cause was unknown and was told to rest up and have an ultrasound to ensure all was normal. During the ultrasound it was indicated I may have a placenta previa(covers the opening of the cervix), but it was possible once my uterus expands that my placenta would move.

The days went by and my condition deteriorated, the bleeding continued, and the abdominal pains worsened. I became very tired and had a reduced appetite - I was so worried. Many more visits to the hospital took place and another ultrasound indicated I didn't have placenta previa but the doctors were still unsure of the cause.

By 29 weeks I was having contractions most nights and was hospitalised at this point where I had steroid injections and antibiotics. My waters eventually broke and 2 days later bub decided to arrive. It only took a few pushes and my 1.5kg tiny but perfect baby was born at exactly 30 weeks.

We went through the usual roller-coaster ride of brady Bradycardia episodes (slower than normal heart rate), requiring a long line for nutrition, Cpap then nasal air, constant vomitting, weight going up and down. One thing that comforted me during this was knowing this was normal for a premmie baby and hearing other mum's stories really helped me.

Needless to say it was one if the toughest experiences of my life. William was in the hospital for 7 weeks, which felt like an eternity, but in the grand scheme of things only a short time.

Since having him home we have had struggles with a feeding aversion which I hear is common with premmie babies. Otherwise he is in good health and an absolute delight." 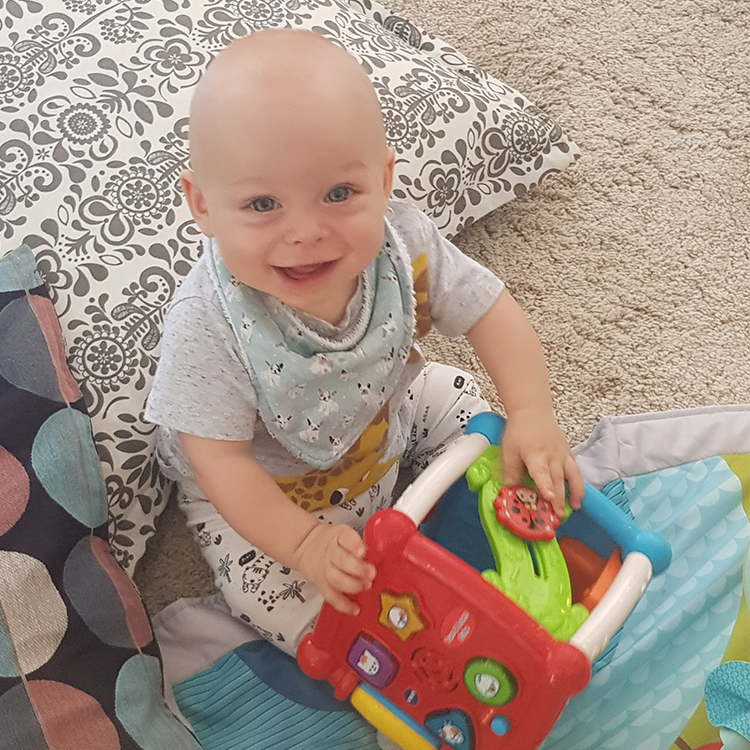 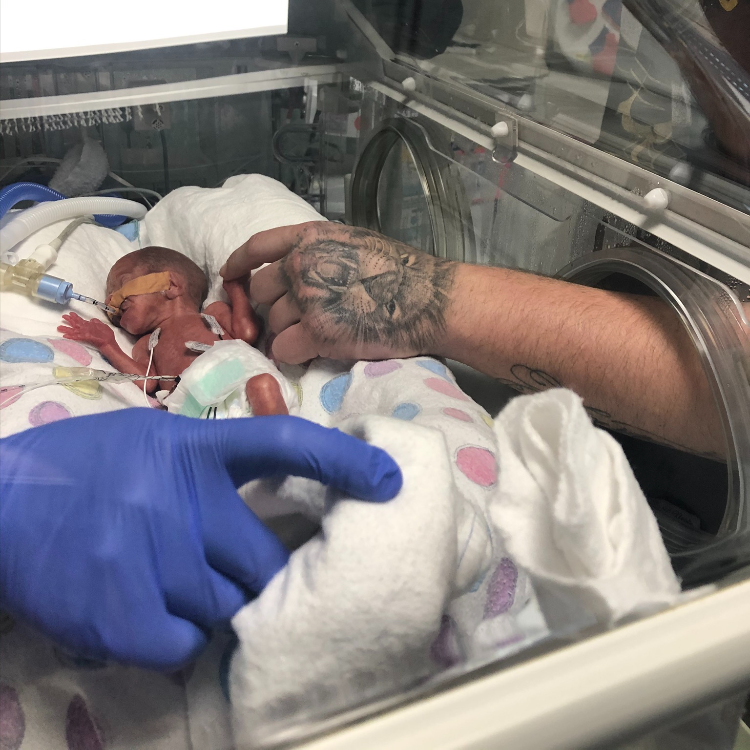 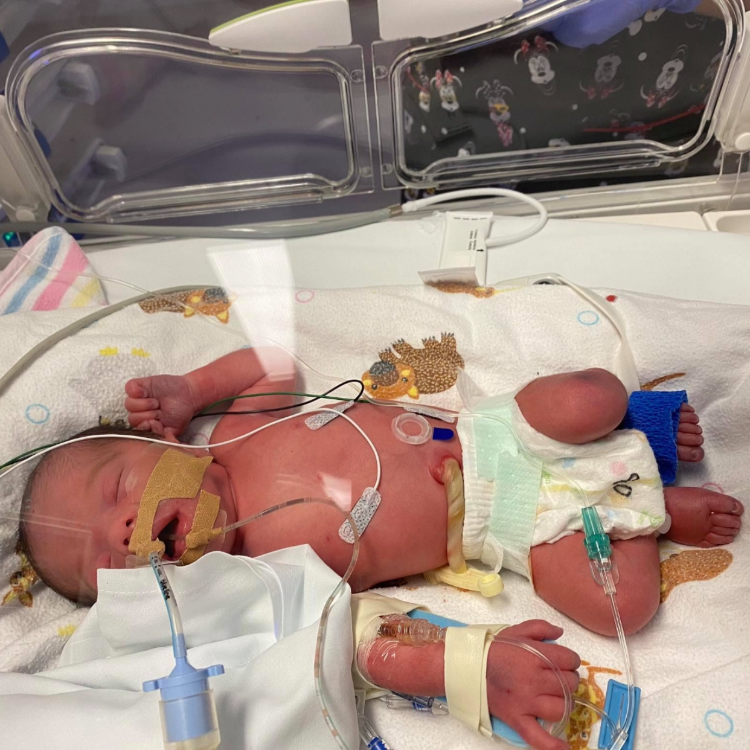