Wednesday, May 19 is World Day of Human Milk Donation. It’s a day to talk about and promote the importance of donating human milk to milk banks.

Research has long proven breastmilk is important for all babies, but for premature and sick newborns, it provides vitally important health benefits and acts like a medicine that only mother's milk can provide. Benefits of human milk for premature and sick babies include lower risks of serious, life threatening conditions such as necrotizing enterocolitis (NEC), retinopathy of prematurity (ROP), and sepsis.

However, we also understand that due to many reasons, sometimes mother's own milk may not be available when needed. In these cases donated breastmilk may be the better alternative to infant formula when mother's own milk is not available.

Since 2018, 2500 babies across New South Wales, South Australia and Queensland have received donated pasteurised breastmilk thanks to the 730 mums who donated to the Australian Red Cross LifeBlood Milk Bank. Previously, only one quarter of premature babies were able to access this donated breastmilk, now more than 80 percent have access thanks to donors.

Jessica donated an impressive 175L of breastmilk to vulnerable babies 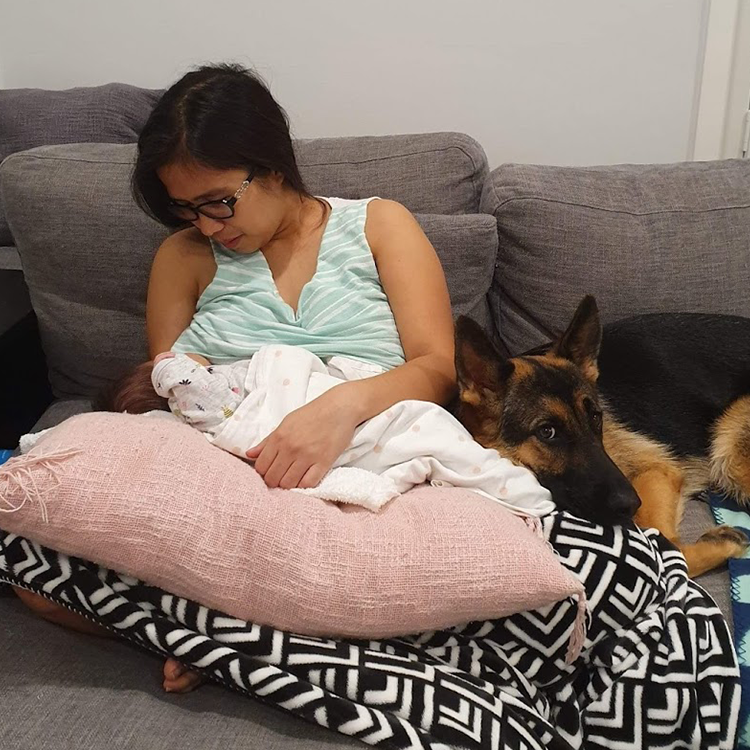 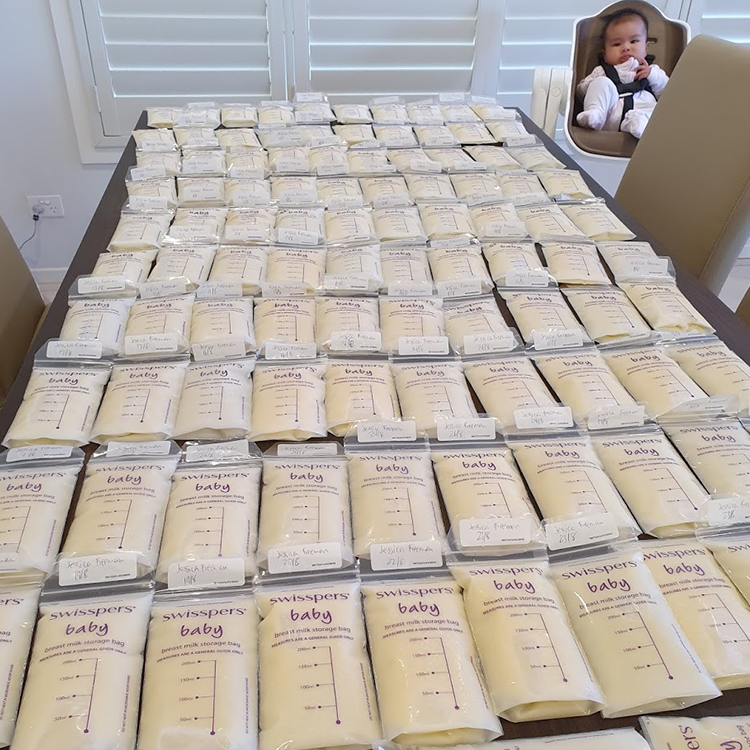 “My inspiration for donating breast milk came from my friends from the Philippines, who also donate their excess breast milk to NICUs in public hospitals in Manila.

I remember being in my second trimester when I started researching about Milk Banks in Australia, when I came across what is now called “Lifeblood Milk”, which only started a couple of months earlier. I was ecstatic to find out about Lifeblood Milk and promised myself that if I ever have excess breast milk, however little it may be, that I will donate it to the Milk Bank.

After I gave birth to Hayley, I noticed that I was producing excess amounts of breast milk. After about four days, I started using the silicone breast pump on my other breast while I fed Hayley on the other breast to collect the excess breast milk, which would’ve just soaked my shirt otherwise. It sort of worked like a double electric breast pump; my daughter was latched onto one breast and I had the silicone breast pump on the other breast. Since my daughter only breastfed through direct latching, I was always able to collect milk for donation. We breastfed on demand and throughout the night as well, so I was able to accumulate a generous amount of breast milk.

I remember making my first donation about five to six weeks after I gave birth and I donated breast milk regularly every month for 12 months, with an average of 15 litres monthly, which I was informed totalled to 175 litres!

It was such a rewarding experience knowing that my daughter and I were able to help other mothers and their vulnerable babies through breast milk donation. It was an honour becoming a breast milk donor and I would do it all over again if I am fortunate enough to produce excess breast milk again. It was a pleasure working alongside the dedicated and hard-working staff at the Milk Bank.” 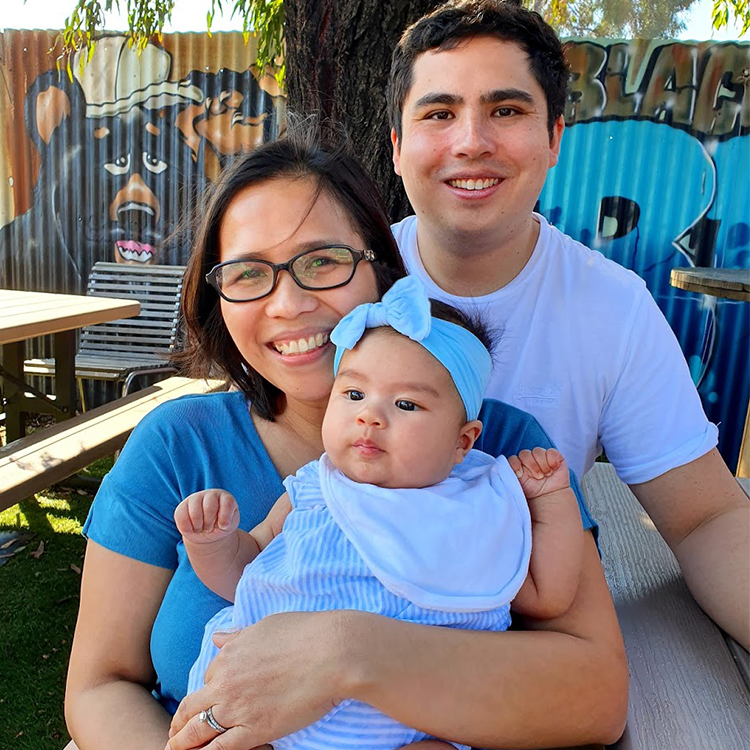 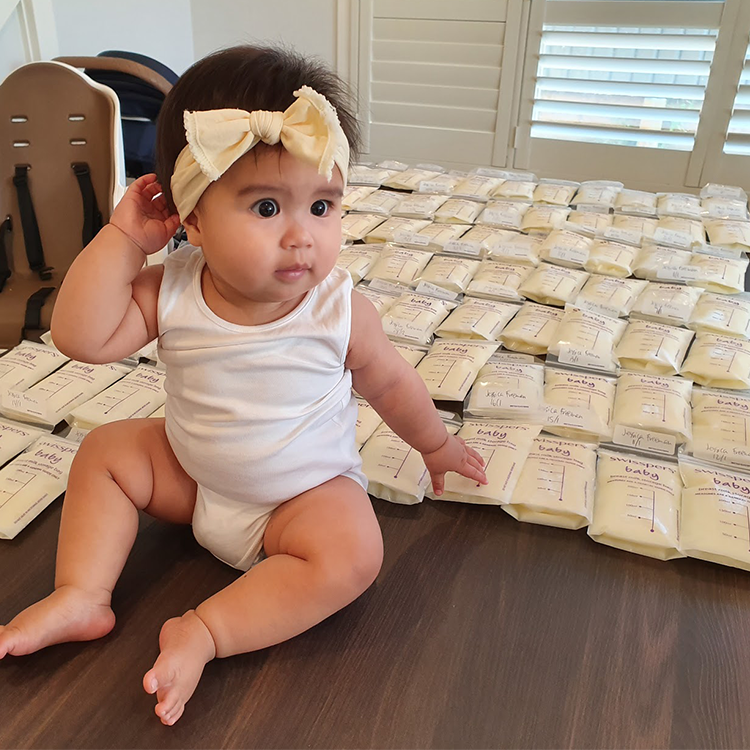 Mandy, a midwife, and her fiancé Stuart knew donor milk was crucial for their twins who were delivered via emergency caesarean at 28 weeks. 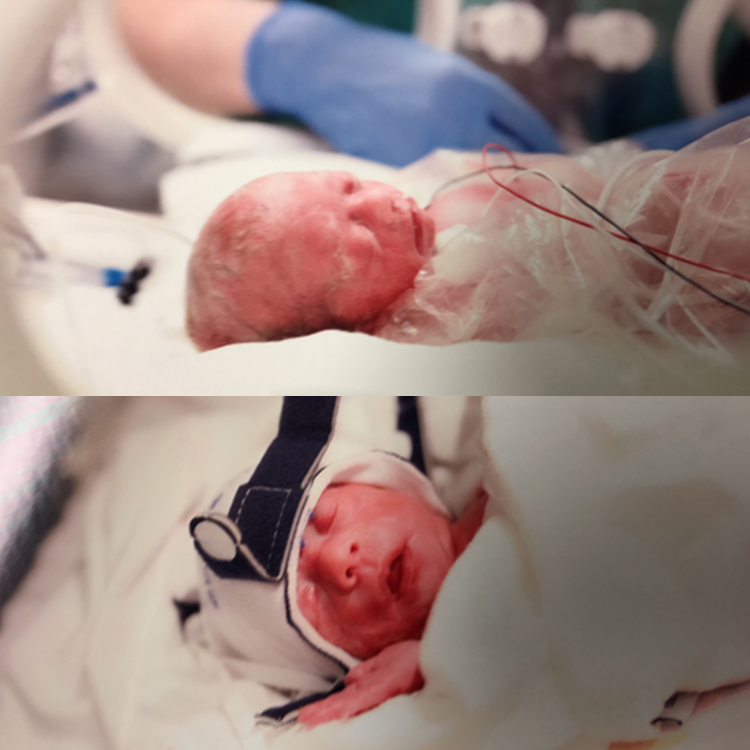 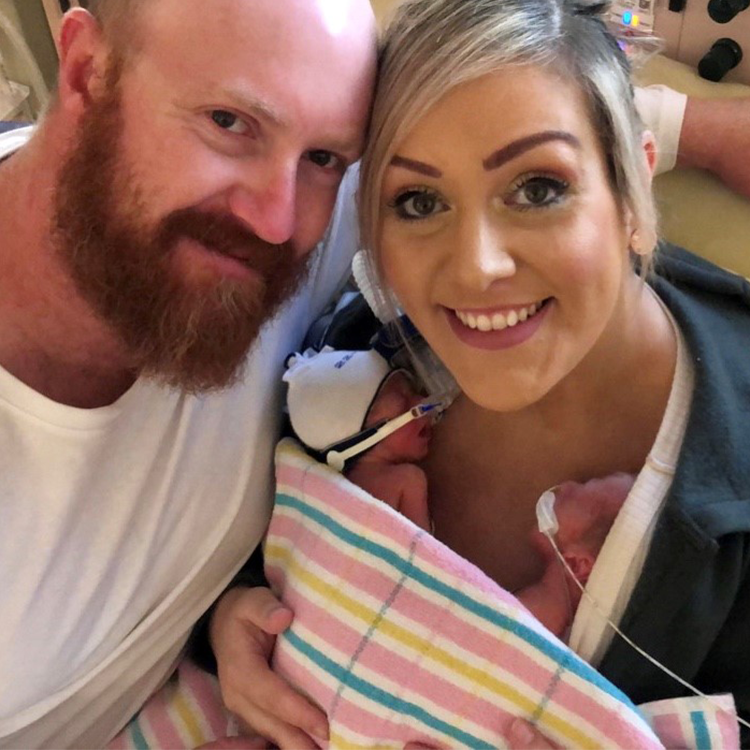 “We fell pregnant naturally with twin girls in March/April 2020. It was a big surprise at our eight week scan to see two heart beats and not just one. I had a very healthy, normal twin pregnancy; everything was going smoothly and both girls were growing well.
I finished work on the 9th of October to start my maternity leave, but the very next day my waters broke spontaneously without any pain or warning. Thankfully, we made it to the hospital and everything was well with the girls and myself, so the doctors sent Stuart home to get some rest. However, later that day I went into labour and the doctors were unable to stop it and I quickly progressed to 7cm. Both of my girls were in a very tricky breech position so I was rushed through for an emergency caesarean. Unfortunately, Stuart missed the birth as everything happened so quickly.

Being a midwife at the hospital, I was aware that we do use donor milk; especially for our premature babies. So, when the neonatal nurse practitioner asked if I consented to using donor milk, I didn’t have to think about it; I automatically said yes. I know the importance and benefits breast milk has for all babies, especially minimising the health risks for prem babies.

I knew having such premature twins, and an emergency caesarean, that my milk production might take a while to come in. So, I started expressing as soon as I returned to the ward after being in recovery. Knowing my babies would be receiving donor breast milk gave me such peace of mind, that no matter what, my daughters would be receiving all the wonderful health benefits that breast milk provides.

I struggled to keep up my milk supply even with expressing three hourly and taking Domperidone to help increase my supply. If I had just one baby my supply would have probably been enough, but having that extra mouth to feed also added extra pressure to make more milk. If I didn’t have the peace of mind that the girls were still receiving breast milk maybe I would have given up breastfeeding and expressing sooner. The donor milk helped me to be able to persist without pressure and to take more time with those precious skin to skin cuddles, without having to put the girls back into their isolette to express. As skin to skin helps with milk production.

Kora and Sage were fortunate enough to receive donor milk as well as having my own breastmilk for the six weeks they were in NICU and SCBU. We will be forever grateful to the beautiful women who donated their milk to help with premature babies like Kora and Sage, and women like myself who do not have the supply, or may be recovering from surgery and who’s bodies aren’t ready for milk production due to having such premature births.

For their first four months of Kora & Sage’s life I was able to successfully breastfeed and express and it’s all thanks to the donor milk. It’s such a beautiful gift and the best gift we will ever receive.” 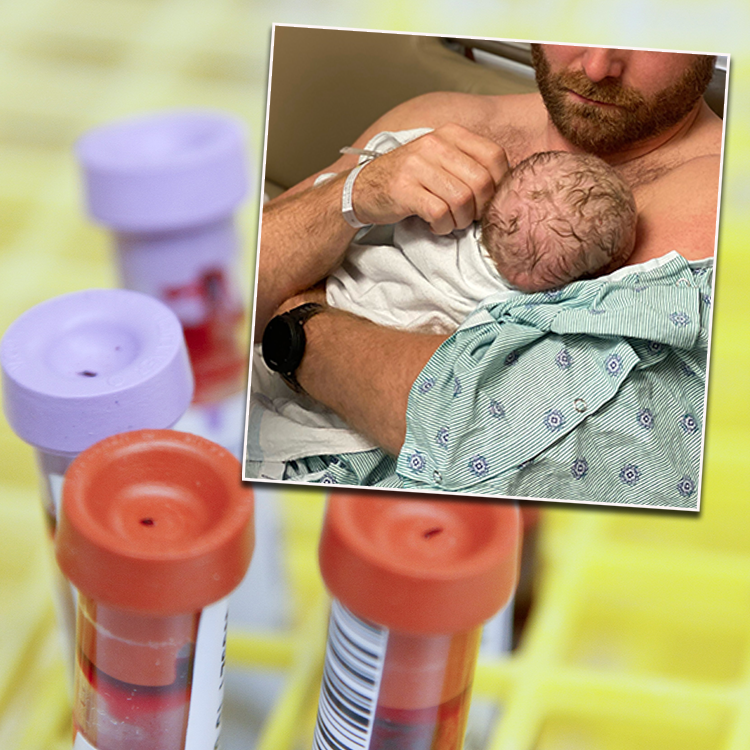 THIS ONE IS FOR OUR DADS! Did you know only male blood is used in sick and premature baby transfusions? 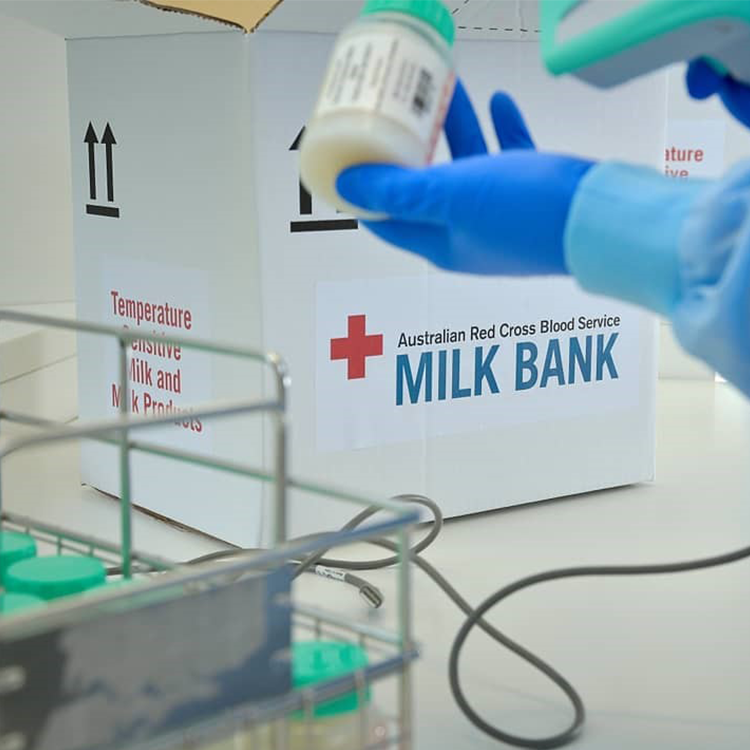