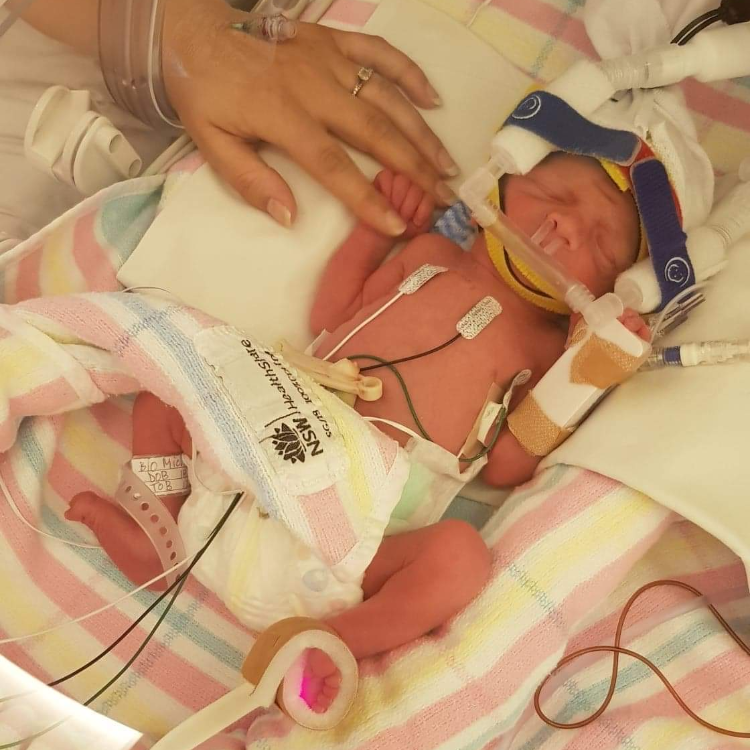 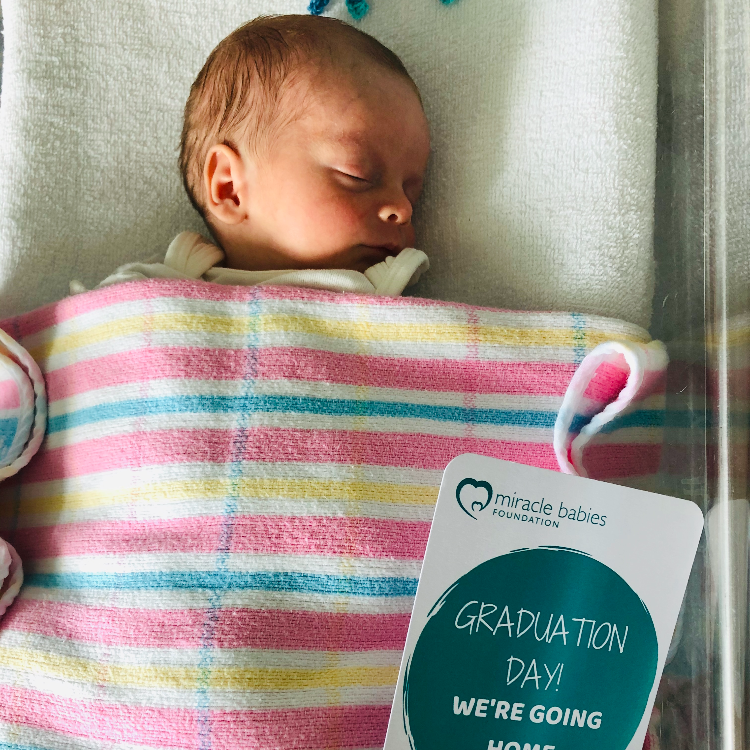 "Our story started when I was around 24 weeks pregnant. After a healthy start to my first pregnancy, I had high blood pressure at my ante-natal appointment. I started to have regular blood pressure checks before I was formally diagnosed with pre-eclampsia a week or so later - with the only signs at this stage being high blood pressure and protein in the urine. This was the time when we began to understand that it was unlikely I would go full term and that my upcoming interstate travel to see my family would need to be cancelled due to uncertainty around how the pre-eclampsia would progress.

My Doctor also requested regular growth scans and I had my first one at just under 28 weeks; where bub was sized at under 11th percentile after being right on track at his 20 weeks scan. For the first time, my fiance and I heard the term IUGR (Intrauterine growth restriction), and began to understand the impact the pre-eclampsia was having on our son.

I continued to be monitored regularly at the hospital, with CTGs and BP monitoring, and went on medication to manage my BP. Just before 30 weeks, I had another scan and learnt that our bub was now in the 3rd percentile and it was becoming clear that he wasn't growing as he should. We were a bit surprised as we thought that since my BP was being managed, this might improve his growth, however that was when we learnt more about pre-eclampsia and some of the impacts it can have on the placenta.

Due to the significant change in the scans, a second opinion was requested, which confirmed severe IUGR due to abnormal dopplers. At this stage, as our local hospital could only birth from 34 weeks, we were referred to John Hunter Hospital, nearly three hours away. So, we packed up and went to Newcastle that afternoon, where I was given the steriod injection and was admitted for the next two nights. So began our 'steriod holiday' - where we saw significant improvement in the dopplers that we knew would only be for a short period but would help us get closer to the elusive 32 weeks.

I was lucky enough to discharge locally and visit for scans and a CTG every second day, as we had family close by that we were staying with. A week later, at around 31+1 weeks, after my daily appointment, I was readmitted as the steriod effect was starting to wear off and the dopplers were worsening again. We knew now that it was just a matter of when; finding the balance of when he was going to grow better out rather than in - with the hope of making it to 32 weeks.

Daily scans and CTGs followed every day, with close monitoring of my BP by the amazing MFM team and midwives in K3. At 32 weeks, the scan showed reverse flow in the umbilical artery doppler and I also had reduced fluid – so an emergency C-section was called and our beautiful miracle was born at 12.27pm, weighing only 1205g. He was taken straight to the NICU and onto CPAP, but I did get to have a quick cuddle as he was managing to breathe on his own.

Henry spent the following week in NICU – but was strong enough to only need 48 hours on CPAP and then 12 hours under the billy lights. We had daily kangaroo cuddles when I was well enough to move around and I was discharged a few days later and then we would visit every day.

Walking out of the hospital when I was discharged, without our son, was a heartbreaking moment for us that only NICU/SCN parents can understand - even knowing they are in the best place. As he was taking the feeds well via NG, at 33 weeks his IV was removed and he was transferred to the SCN to ‘feed and grow’. As the care here was similar to what we would be able to have at our local hospital, a few days later we were transferred back and were able to go home after nearly four weeks away.

Over the next few weeks, my fiancé and I managed to look after our property and spend days at the hospital, watching our son grow. Being so small, he needed to rest a lot so not being able to pick him up and cuddle him whenever we wanted was so hard, but we understood why. He regulated temperature quite quickly and was moved into an open crib after only a few days and from there it was about hitting weight milestones and introducing suck feeds.

When he hit 1800g we were able to bath him, it was a wonderful moment. Suck feeding was challenging as it tired him out so much and as we headed towards Christmas, we decided I should start boarding at the hospital so I could do his night feeds and spend more time with him. It was such a struggle being there every day and just wanting to take him home, especially watching how much he’d grown and how much stronger he was getting.

On Christmas Day, he turned a corner and started really progressing on his suck feeds and from there, we knew we were on the home stretch. He was able to have his vaccinations while we were still there, and then on the final night, after nearly six weeks I roomed in with him. Finally, after 42 days in two hospitals, we were able to take our miracle home just in time to bring in the New Year. It was the best day and the joy we felt driving up our driveway was indescribable.

It was a challenging journey for us as first time parents – but we know how lucky we are that it turned out as best as it possibly could. From the get go, the doctors said he was perfect, just small. And from there Henry has just impressed every day with his strength and determination. We could not have survived this journey without the amazing support from our friends and family and the tireless work of the midwives, nurses and doctors that were with us every step of the way, at both John Hunter and our local hospital.

We met families in similar situations that helped us to share what we were going through and the resources provided by Miracles Babies helped us to know that we weren’t alone on our journey." 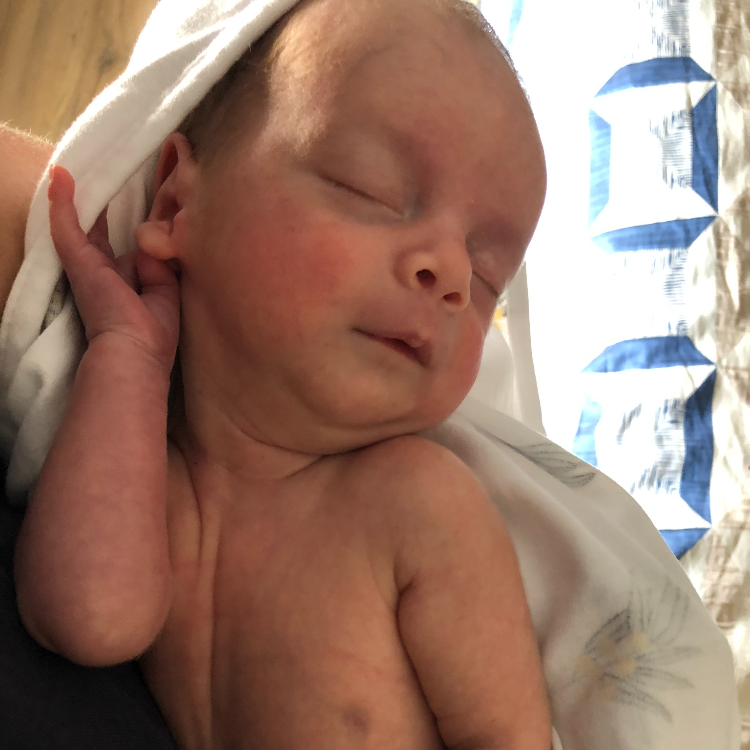