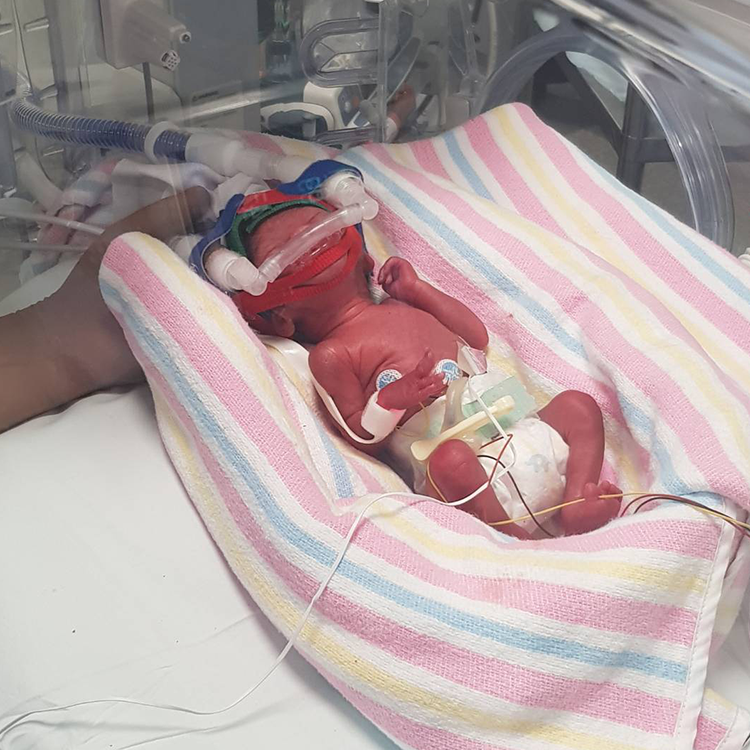 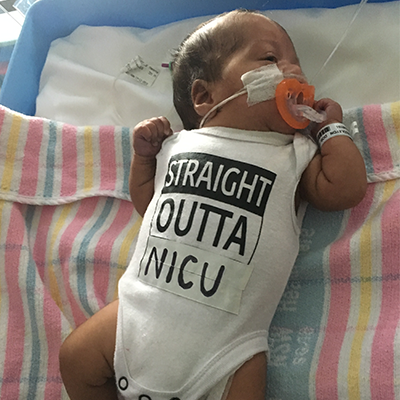 Miracle Mum, Leah went from a rather uneventful pregnancy to being told she was in labour and her 24 week old baby would arrive within hours. She shares the story of baby Jack's arrival.

"I was 24 weeks into a perfectly normal pregnancy with my first baby when I had some light bleeding and minor cramps and went to Campbelltown hospital. They checked mine and the baby's obs and all was normal and they were about to send me home on rest when my obgyn asked for an internal examination. I was 4cm dilated and in labour, and to top it off baby Jack was in breech position.

From that point everything moved in hyperspeed. I was immediately transferred to Liverpool hospital by ambulance still unaware of what was actually going on or just how serious it was about to get. I was told at about midnight that jack was most likely coming in the next few hours and the chances of his survival and long term health outcomes were fairly low considering he was only 24 weeks and a small baby.

We made it through the first night, although it was the most anxious night of my life. I thought every time he kicked he was going to come out. I was put on steroids and magnesium sulfate for his lungs and brain and put on bed rest for as long as possible. However by the next morning I was fully dilated and booked in for a scheduled C-section later that afternoon.

That apparently wasn't fast enough for Jack as my labour suddenly started to progress more rapidly and I was rushed into theatre for an emergency C-section. Jack was born at 1:37pm that day at 658g, he was rushed straight to the NICU and I didn't get to see him until the next afternoon.

He was diagnosed with chronic neonatal lung disease (which was his biggest issue the whole time), MRSA sepsis, a collapsed lung and pneumonia. Because of his severely underdeveloped lungs and the subsequent issues, he was intubated and we almost lost him.

On top of this he had a stubborn Patent ductus arteriosus (PDA) that took a while to close, and he had acquired cytomegalovirus (CMV) which wreaked havoc on his blood cells and platelets. And because of this, he had a dozen blood transfusions and a course of cytotoxic drugs, all whilst simultaneously battling ROP (Retinopathy of Prematurity) which required injections and laser eye surgery.

Jack finally came home after 116 days in the NICU, on oxygen and with a N.G. tube for feeding, but over the last few months he has thrived and other than needing some help gaining weight he is hitting all his milestones and is now oxygen free. Although, I am still very careful about not taking him many places or having many people around him just to make sure he stays healthy over this flu season.

We will be celebrating his first birthday in December and Jack is a happy healthy little baby now.

I can't thank the doctors and nurses of Liverpool NICU enough for all they did to save my son's life." 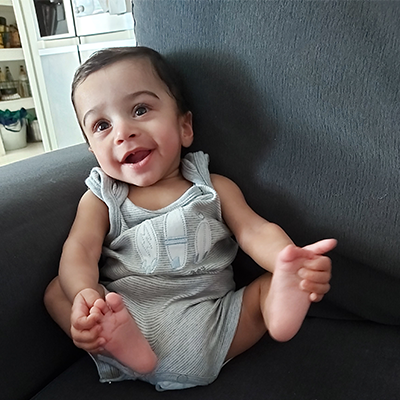