"2020 was a whirlwind of a year, not just due to COVID but because we found out I was pregnant in February. I was in and out of hospital nearly every week up until I hit 20 weeks in April 2020 when my waters broke (PPROM). I was hospitalised in my local hospital for three weeks up until I hit viability at 23 weeks gestation.

The day I turned 23 weeks I was transferred to the Mercy for Women in Heidelberg Melbourne three hours away from my partner and family. That day they told me my cervix was nearly non existent and their wasn’t much I can do other than rest and take steroid shots and hope bub didn’t come. Three days later I started having contractions and 10 hours later I went to the toilet and my membranes had bulged. They rushed me down to the birth suite telling me I’m going to have my son very shortly. I was petrified, I was alone, my partner was three hours away and this was throughout COVID. I got in contact with him so he could start to make his way down hoping he would make it in time. Once my partner arrived it was 24 hours of contractions and magnesium and everything else before they rushed me in for an emergency c-section where they had to put me to sleep.

I remember looking at the clock saying 9am and he was born 9:05am. He was taken straight to the NICU where they set him up and he stayed for awhile. He got a collapsed lung and an infection two weeks after birth. We didn’t get our first cuddle until he was four weeks old. He suffered a grade 2 brain bleed, inguinal hernia, and NEC while in the NICU, and after 3 months he started to even out. It took three tries before he took to CPAP and after two weeks, he went to high flow and was transferred out of the incubator and into an open cot. He then got transferred to the next stage between NICU and Special Care Nursery (SCN) where he stayed for two more weeks before going to SCN.

He underwent two surgeries, the first was laser eye surgery which he had to get transferred to Royal Children’s in Melbourne for. Then after he got transferred back, he had to have a hernia repair done which he went back to the Royal Children’s for. He arrived back at Mercy for Women Heidelberg where he progressed amazingly with his feeding, going to fast flow test.

Then finally the day came when they transferred him to our home hospital where he stayed for couple more weeks and was finally discharged on the 9th of September 2020. He came home on oxygen and medications (calcium,iron etc) after 2 months he was off oxygen completely and after 8 months he came off all his medications. He is on full solids and full cream milk.

It was a hard and emotional road but Luka has achieved so much and has come so far. I’m truly blessed to have a strong son. So far he is just a normal one-year-old; standing and babbling. 2020 wasn’t the best year for me and my family having to alternate days with Aaron (father) and him only getting to visit once a week, it was tough. It’s not a year I want to ever repeat but I wouldn’t change it for the world because I got to bring my son home and I’m forever grateful for that.

Preemies are fighters, and micro preemies are warriors. The parents to these amazing babies deserve nothing short of lives full of joy, happiness and whatever their hearts desire because our preemies and babies are strong, and because of that we as parents become strong aswell." 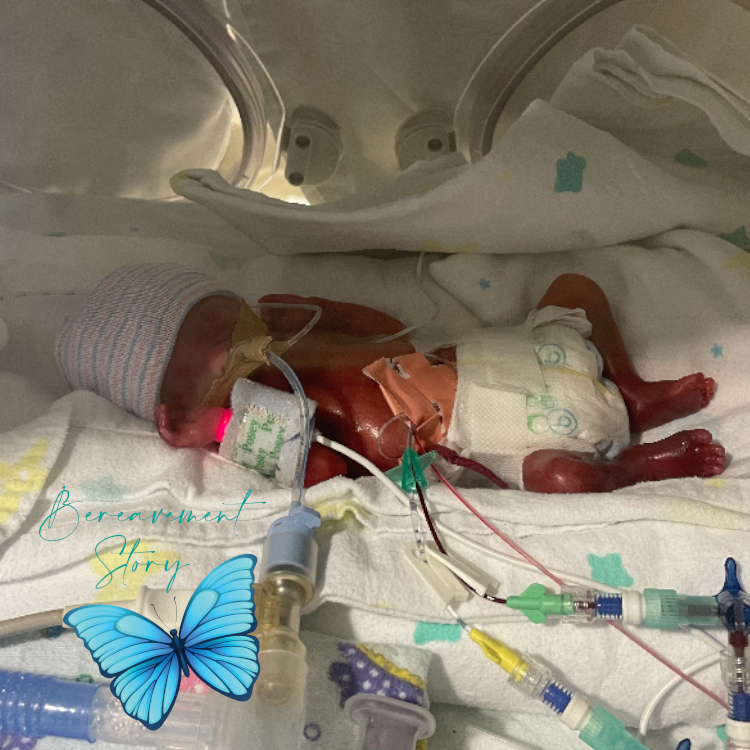