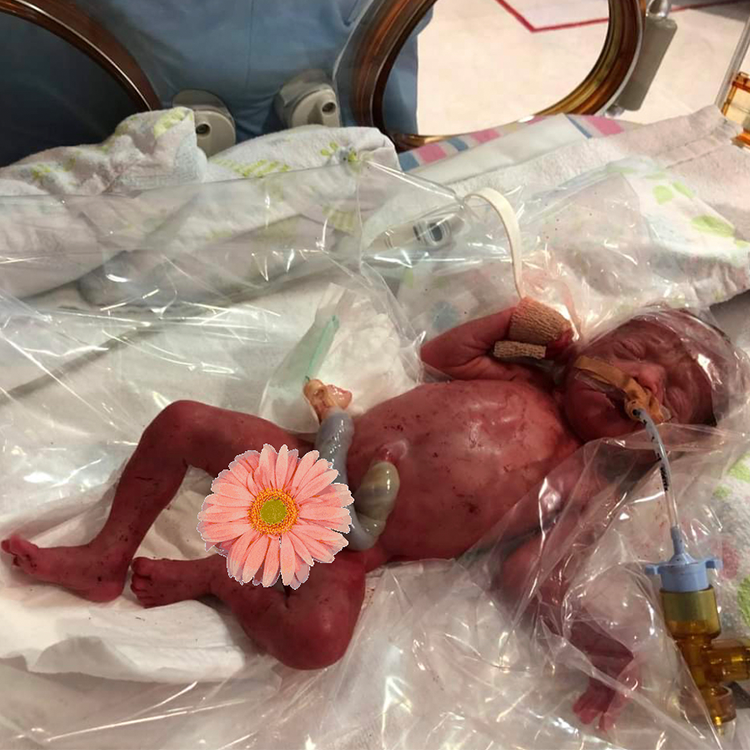 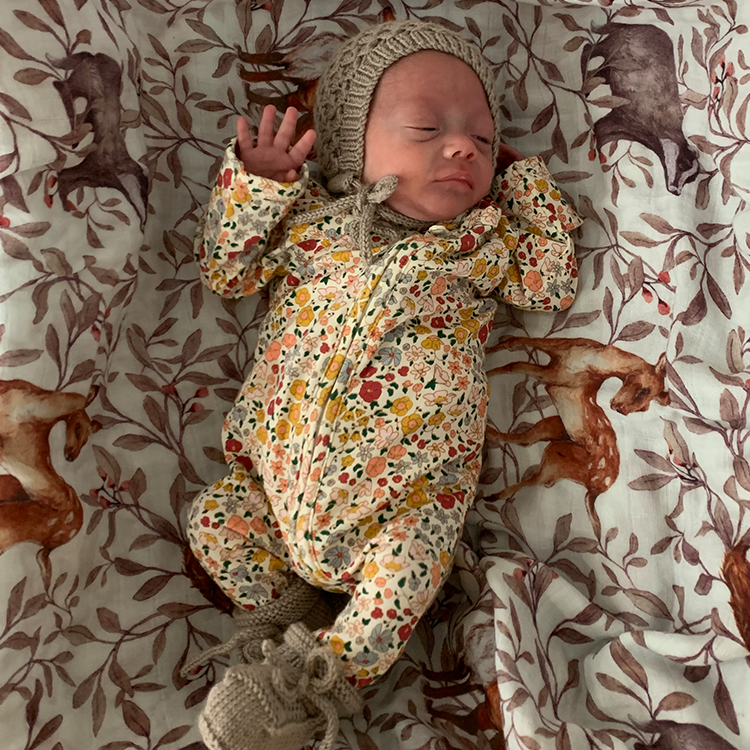 "On September the 20th, 2019 my husband and I found out we were expecting baby number eight! We have a blended family, three kids each from a previous relationship and then two together. We were all so excited to be adding the final member to our big and wild family!

Apart from the usual morning sickness, things were going fairly smoothly up until 21 weeks. I was watched very carefully from the doctors from word go as I have a history of premature babies (33, 35 and 31 weeks) so I was fairly confident that we were doing all the right things to have a full term baby.

On the 22nd of January 2020 at 21 weeks pregnant we spent the day at the beach with family celebrating our daughter's third birthday. The next morning I woke up and didn’t feel right. I was having pains on and off every five minutes. I tried my best to ignore it and think positive but after they became more intense I called up and sure enough was told to go in for monitoring.

While I was at hospital I started to bleed so was monitored for five days in hospital. The bleeding had eased but the pains were still regular and it was then that I was told to go home and rest and unfortunately if I went into labour I would be delivering our little girl stillborn and there wasn’t anything they could do. I remember feeling so gutted at that moment and so selfish, like we had tempted fate trying to have another baby when we were already so blessed. I felt guilty, so sad for this little life that had no choice in the matter and now they had to have their little life end so quickly because my body couldn’t do what it was meant to.

From then on I was in and out of hospital multiple times with bleeding and pains up until 25 weeks. Everytime I would bleed I had to go in and stay until it stopped then I would go home and hope it would all go away. Sadly, it kept happening and then at 25+3 weeks my worst nightmare came true when my waters broke at home. I was admitted with steroid injections and antibiotics through IV and to hopefully wait a few more weeks until she was born.

Two days later I started getting pains and burning in my previous cesarean scar. I was also starting to get regular contractions and a fever so they made the decision to get our little girl out while she still had a strong heart beat and was healthy, in the words of the doctor “a healthy 25 weeker has a much better chance of survival than an unhealthy 26/27 weeker”.

I will never forget the doctors that delivered our baby. Dr Elisabeth and Chloe had been caring for me on and off and knew our family and our story and l was so relieved to know Chloe would be doing the cesarean. They made what should be a traumatic experience, so lovely. Chatting to me and calming me down as I was being prepped for surgery. I remember right before they started the cesarean Dr Elisabeth looked at me and said “do you need anything from me before we begin” and I said “just for you to tell me she’s going to make it” she looked at me and said, “well, given her great size and the fighting spirit of her mum, yes I think I can tell you she’s going to make it”.
I knew she didn’t know that and she knew she didn’t know if she’d survive, but the fact she was so gentle and supportive to me in a time where I was filled with so much fear, meant the world to me and is a moment I’ll never forget.

Scout was born on the 24th of February 2020, she calmly entered the world silently but breathing and rubbing her eyes and nose. At the time I was so scared that she didn’t come out crying, but now it makes so much sense as she’s such a content little baby. She just goes with the flow and is so placid and lovely, she didn’t even realise what was happening. They ventilated her as she was struggling a bit to breath on her own. After 24 hours she was on bi-pap and then was on that for three weeks then on CPAP for seven more weeks.

During our 12 weeks in NICU, Scout had a PDA that reopened and closed for weeks, developed a septum injury from the prongs (which she still has a little scar from), underwent three blood transfusions, hundreds of scans, ultrasounds and blood tests. She had hypertension, anaemia, suspected sepsis twice and suspected NEC that thankfully just ended up being feed intolerance.

Although to us it was extremely difficult watching our baby go through so much and still trying to provide emotionally and physically for our other seven children, what was so evident in our time in NICU was that Scout's journey was actually just a smidge of what other families experience.

I spoke to and comforted a mum that lost a full term baby during a traumatic delivery. It really brought me back to reality and made me realise how thankful I was to still be on our journey - no matter how hard it was. My thoughts and prayers go out daily to families that go through the NICU every day.

The Miracle Babies Foundation is such an amazing support to those families and significantly helped my journey with Scout. I’ll never forget your lovely volunteer Anne Marie who would come once a week and chat to me and Scout. She never pushed advice or pushed for information she just listened to me and would talk to Scout and tell her how strong she is and that she’s gonna get through this.

Scout is now a healthy and happy 8-month-old baby girl who, so far has no ongoing issues from her extreme prematurity. We are absolutely blown away by this and everyday we’re thankful for all the people who played a part in saving our baby girls life.

Miracle Babies Foundation was one of those people in our journey." 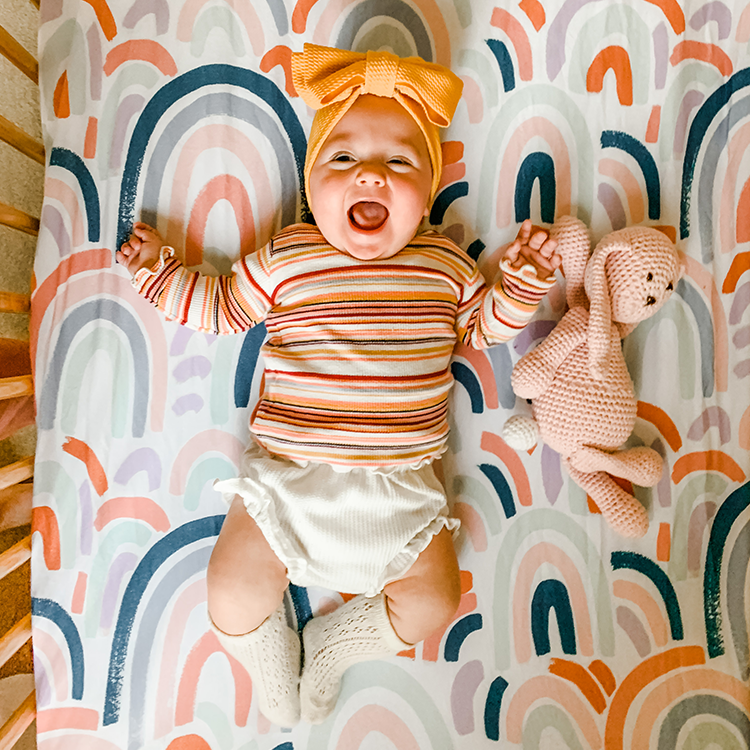 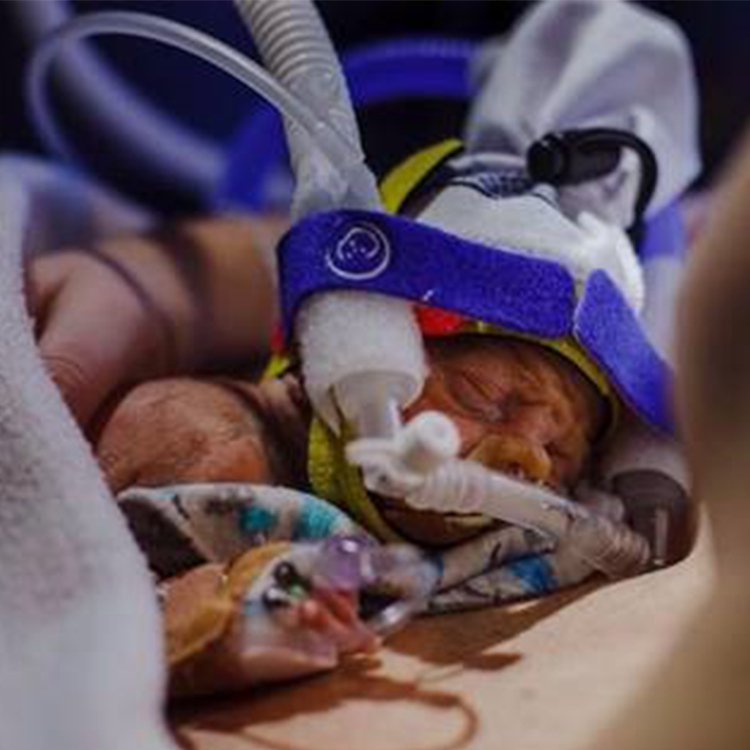 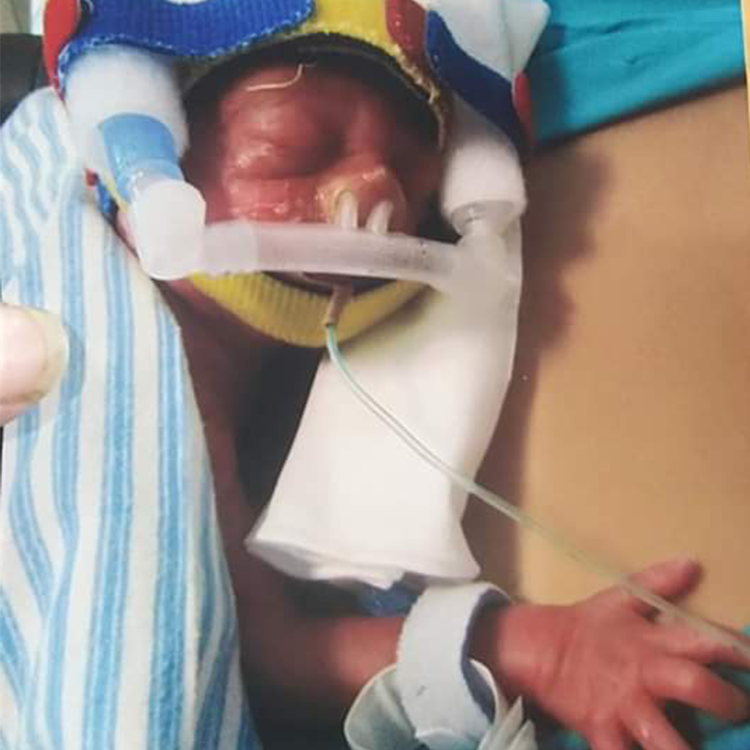 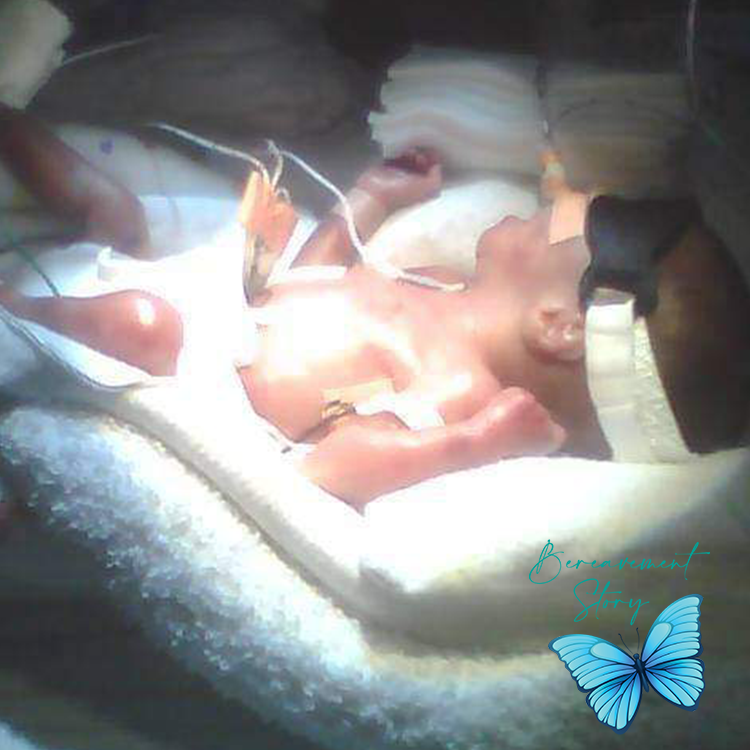